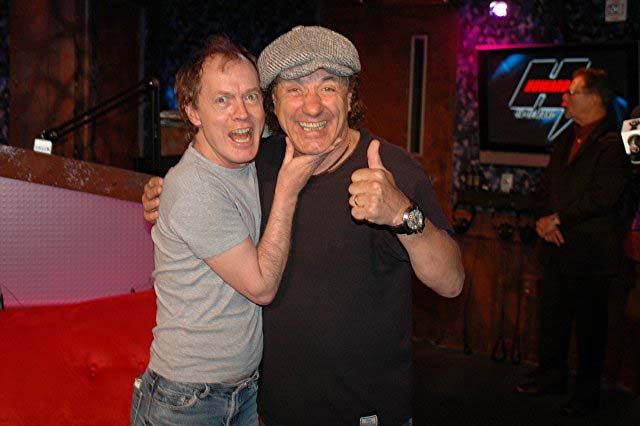 Brian said he was recommended to AC/DC after Bon Scott’s death: “There was a fan from Cleveland, to my eternal debt or thank–Mutt Lange–who kept saying, ‘Listen,’ he said, ‘You gotta try this guy.'” Before his death, even Bon Scott had told the other guys in AC/DC that Brian was the best “of all the rock singers I’d seen in England.” So Brian–with some reservations–went to an audition. The band welcomed him with his hometown’s signature beer, a Newcastle Brown Ale: “And I drank it [and] we sang and played.” The chemistry was immediate: “I got goosebumps, they got–eyes started going wide…they said, ‘You can’t leave.'” The band put him on wage for the first six months, after which he became a full-fledged member of the world’s hardest rock band.