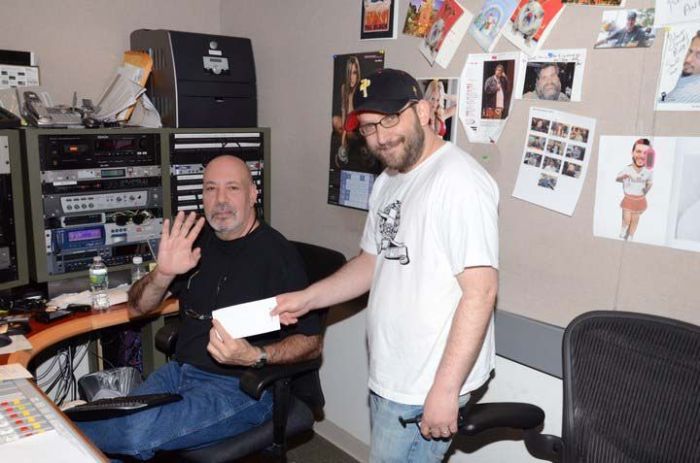 Late in the show, Shuli came in to reveal that JD–who was out sick today–had asked to join the staff’s road appearances to earn a little extra cash. But JD had quoted Shuli a $5,000 minimum appearance fee, nearly ten times what Shuli could budget: “To come out and say hello at the end of the show? I don’t know, like $500?”

Shuli regretted ever getting involved with the staff’s appearances, as their exorbitant fees frequently leave little left over for himself: “Between Scott and Ronnie–between them? I get an ulcer.”

But still, Shuli said he’s doing better than his pre-Stern show days, remembering the time he performed stand-up in a Colorado bowling alley: “You know what I made? Bus fare for the ride home…this is definitely the top of the food chain.”