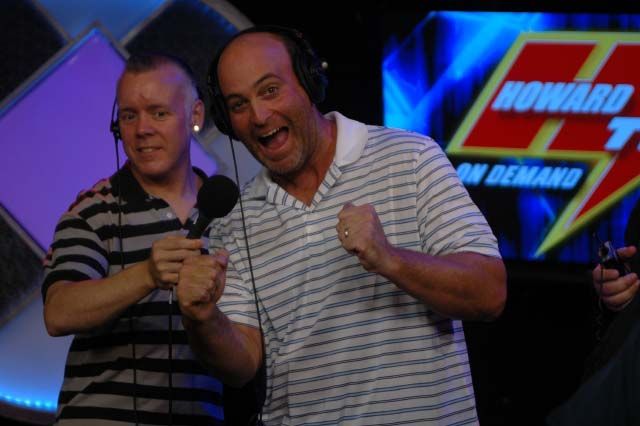 After Gary noted that only 2 of the 51 Miss USA contestants believed in evolution, Howard wondered if he had any creationists on staff. Scott DePace was the only one to speak up, saying he subscribed to the ‘intelligent design’ theory of evolution: “I just believe God is behind it…I just find it hard to believe that all this is just by chance.”

Howard told Scott he was no different than George W. Bush, who (in)famously curbed stem cell research for religious reasons. Scott, an admitted right-to-lifer, argued the embryos were people: “I see hands! I see a heart! I see lungs…you don’t respect that at al?”

Howard quickly tired of the debate: “Use your head! Get out of my show. There’s a nut in here.”