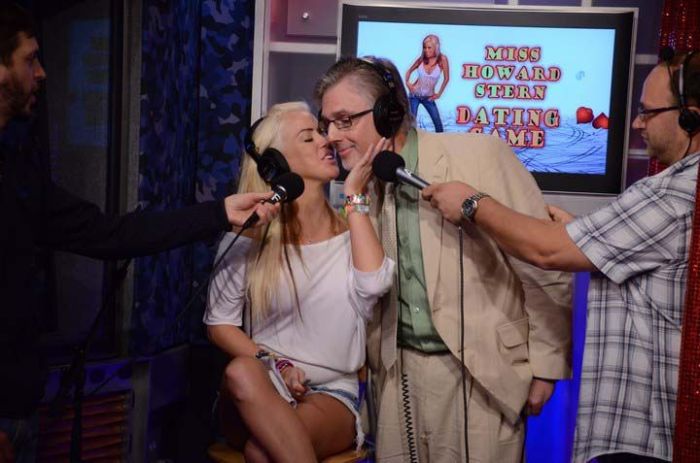 Gary came in to tell Howard that Andrea ‘Miss Howard Stern’ Ownbey was on the phone to recap her dream date with the winner of yesterday’s ‘Millionaire’ Bachelor Dating Game, Joe: “My understanding is that she spoke most of the time and he spoke hardly at all.” Gary said the HowardTV crew taped Andrea’s repeated demands for the $500 cash Joe had promised on the air– once he handed it over, she decided to miss her flight and hang a little longer: “I know she spent the night with him.” Howard tried to investigate further, but Andrea claimed they only kissed. Joe could be heard in the background, so Andrea eventually relented: “I saw his penis.” Asked if Joe came last night, Andrea denied it: “No. I don’t think so. No.” Joe then got on the phone to answer for himself, saying he “just about” came when Andrea put her hand down his pants, but did, in fact, not finish: “We were too tired from the two martini lunch to do anything all evening. We watched a couple silly movies, had some snacks and mostly just slept.” Howard then played a clip from Andrea’s date in which she promised Joe a blowjob: “If you pierce your balls for me, I’ll so suck it.”