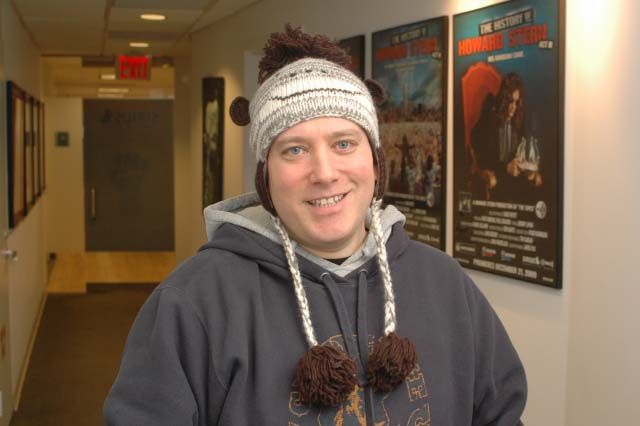 Howard started the show reporting that Benjy had crashed NY Rep. Anthony Weiner’s press conference yesterday and shouted a series of hilarious questions over the real journalists’ inquiries: “He’s the one who ended it…[and] it’s a good thing you ended the press conference because it was going on and on and on.”

Benjy agreed, saying he actually didn’t leave his apartment until after it had started: “I was like, ‘There’s no way I’ll get down there in time.'” Howard said Benjy wasn’t the only person to crash the event–Andrew Breitbart, the journalist who broke the story about Weiner’s online exploits, grabbed the mic to demand an apology: “I won’t play that. It’s kind of boring. The cool part was when Anthony Weiner started crying.”

Benjy then repeated the questions he shouted during the event:

1. Are you shocked that Arnold had sex with such an ugly woman?

3. Were you fully erect or capable of more? Howard said Weiner rushed offstage when Benjy began yelling: “But I would like to hear an answer. Was he fully erect?”