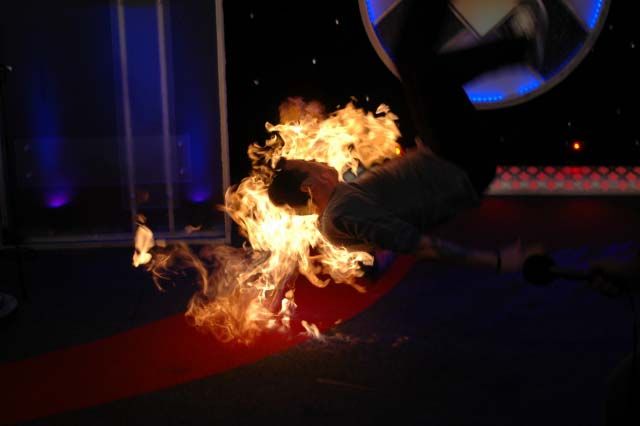 Steve-O said he’d had the taste for danger ever since college, remembering the time he’d jumped backward off a second floor balcony to impress a girl.

As blood pooled around his head and authorities rushed to the scene, his friends had the presence of mind to remove the pot from his pockets: “I was just the dead guy face down on the concrete. They were like, ‘If he’s not dead, he’s going to need that weed.'”

Howard noted that Steve-O, at 12, had actually chosen to smoke pot habitually: “You made a conscious decision to be a pothead.”

Steve nodded, saying most of his skateboarder friends had moved away and he needed a new way to connect with people: “I figured I could find a new identity in smoking pot. I was like, ‘Eh, I could be pretty good at that.'”