Dave Navarro Would Rather Work Than Bang?

Navarro On the Evolution of Dating Carmen Electra 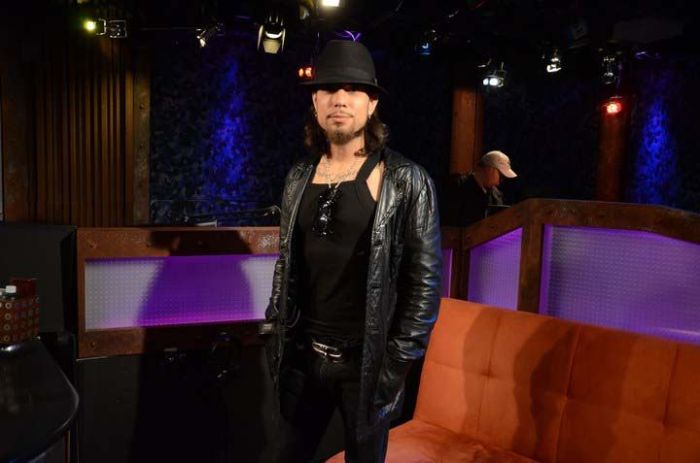 After reading a report about Dave making out with Brooke Mueller, Charlie Sheen’s most recent ex-wife, outside an Aspen restaurant (“You’re attracted to some screwballs, aren’t you?”), Dave insisted Brooke was just a long-time friend: “That was actually not an accurate report.”

Dave said he’s almost paid the ultimate price for his philandering: “I’ve had to go through, like, the DNA tests. Like, ‘You are the father.’ Oh my god. You talk about sleepless nights, my friends. There was a situation where this girl called me [and] she was like, ‘I’m pregnant. It’s either yours or my ex-husband.'”

Dave lucked out, but waiting sucked: “The only way to determine whether or not I’m the father is I have to wait until it has hands.”