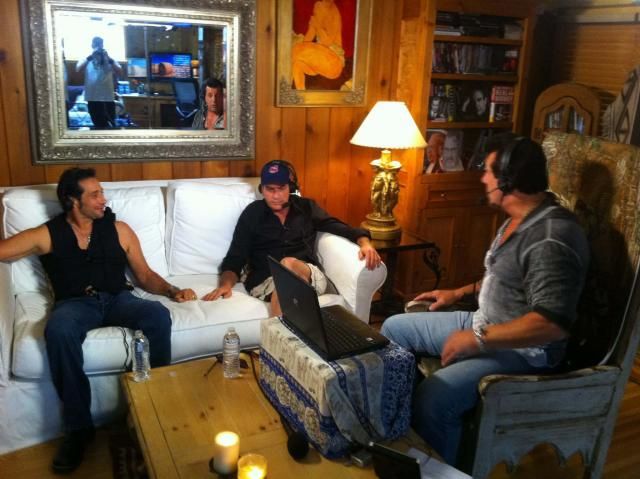 Early on, Howard played a clip from Chuck Zito’s radio show last night in which Charlie Sheen wished Ashton Kutcher well on “Two and a Half Men.”

“I think he’s the perfect man for the job. I really do,” Charlie said of Ashton. “I think they’re going to have a good run. I really do. Even if it’s six months, a year. Everybody there is too smart to let it dwindle away. Whatever they create is going to be memorable.”

In another clip, Charlie could be heard telling Zito he still didn’t understand why “Two and a Half Men” creator Chuck Lorre fired him. “They based the show around a guy who parties. I started partying and I got fired. I’m like, ‘Guys, I’m confused,'” Charlie said.