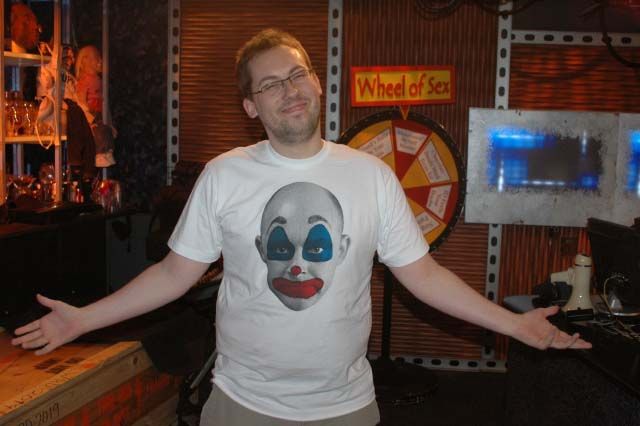 After Howard learned that JD was jealous of all the attention Jared got from the female guests at Richard’s wedding, JD came in to explain: “I wasn’t necessarily upset at that. I was upset that it was being pointed in my face…I know I’m ugly. You don’t have to tell me.”

Howard shrugged: “You’re not helping things by looking like you swallowed a basketball. You gotta lose some weight.”

JD revealed that he now weighed in at over 200lbs: “Trust me, I know the battles I’m fighting.” Howard thought JD would do better if he’d immediately rule out the hottest chick in the room as a potential date, but JD didn’t know how: “I like who I like. What the hell?”

Howard said he never had a problem getting laid before he was famous–by hooking up with several 3s instead of one 10: “I’d get up to 9. I just had to multiply.”