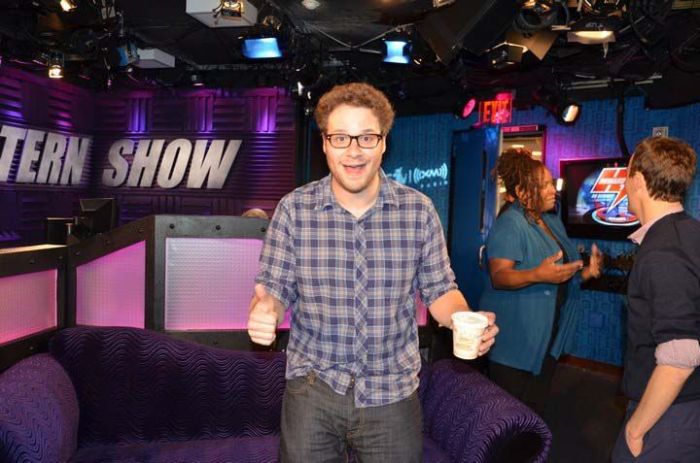 Seth said he also met Will Reiser–a producer, talent booker and cancer patient–at ‘The Ali G Show,’ and urged him to turn his plight into a script: “If he had cancer today, I would have completely abandoned him. But at the time I had nothing going on.”

The pair became fast friends while trying to capitalize on feminine sympathy: “I actually met my fiancee at a bar with Will when he had cancer…on the pussy scale of things, cancer isn’t going to hurt you.”

Will’s script became a pet project of Seth and Evan’s production company with the working title ‘I’m With Cancer’: “Which makes us laugh but we realized it’s a potentially repellent title.”

It’s now in theaters as ’50/50.’ Will then came in from the green room to tell Howard his original diagnosis was terminal, so the script had also once been titled ‘The F**k-It List.’