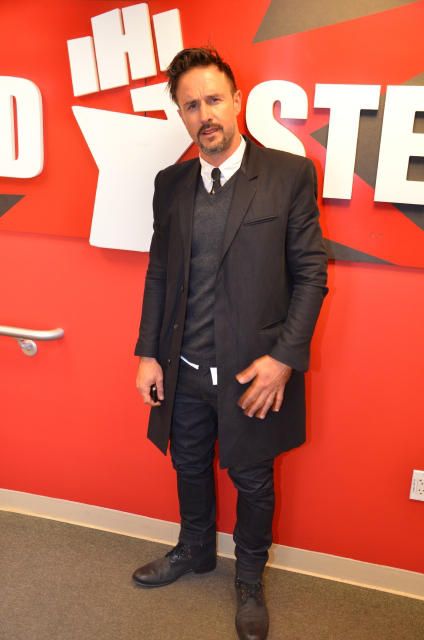 Asked if he was dating anyone, David confessed that he was: “I like somebody for sure. It really does come down to somebody you connect with.”

But he balked at specifics, saying they’d only been dating a short while (“This is trouble. A couple months?”) and not yet ready to say–at least publicly–that he was ‘in love’: “I’m really not going to answer that question.”

Under continued pressure, David eventually confessed that he was dating entertainment reporter Christina McClarty. They met at “some boat party” and, despite living on opposite coasts, decided to give it a go: “We try to see each other as often as possible.”

Robin looked up an image of Christina, laughing: “Very cute. Sort of Courteney-esque.”

After Gary noted that Christina had once been married to Girls Gone Wild creator/CEO Joe Francis, Howard expressed his reservations (“Joe’s a wild dude. I don’t know if I want you with her.”) and wished David good luck.