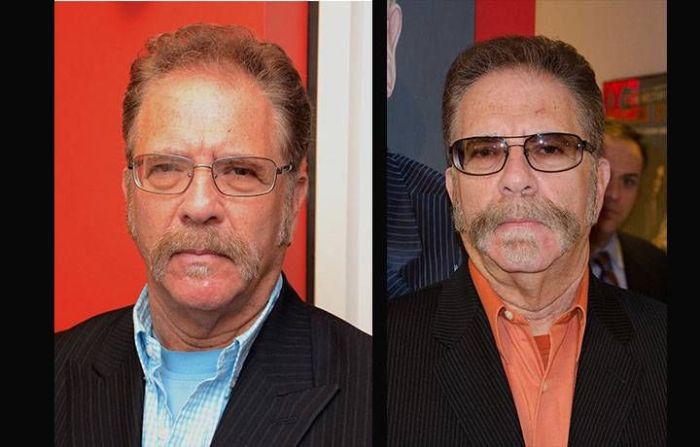 Howard turned his eyes to Ronnie, noting his impeccably groomed facial hair (“Boy he does some amount of work that thing.”), so Ronnie came in deny any fussiness–he trims once a week: “I got one of those doohickey trimmers. … You get into a hang of it. It’s a couple minutes.” Looking at images of Ronnie’s evolving mustache, Robin cracked up: “Everything’s growing and getting wider.” The crew piled on, speculating that Ronnie’s look was influenced by Chuck Zito’s fu manchu on ‘Sons of Anarchy’–and Ronnie lost his cool: “I been having this for the longest time! I just been letting it grow bigger.”