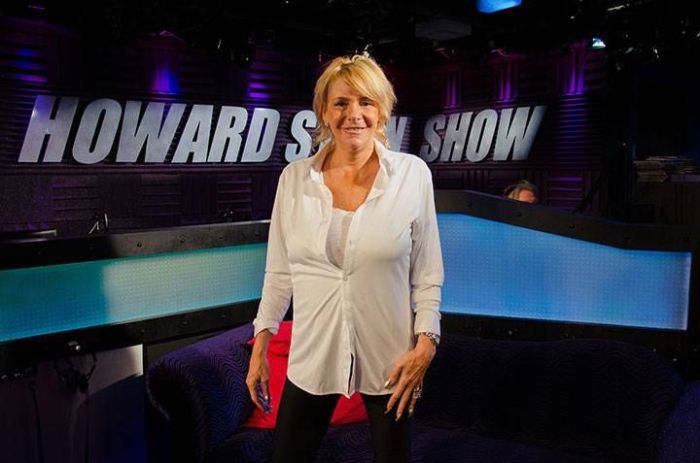 Patricia ‘Tan Mom’ Krentcil stopped by to promote a forthcoming skincare line (“I’m coming out with my own lotion.”), and mourn her former lifestyle–tanning shops are a part of life in New Jersey: “I’ve been tanning since I was born. I used to love to go outside and tan, but [I can’t] in Jersey…” A mother of 5, the time she spent in tanning beds were among the few moments she took for herself: “I belong to every society to give. That is my 8 minutes. … It makes me feel like sunshine.” After administrators at her daughter’s school suspected Patricia of tanning her daughter, “they just directly went to the cops” without asking for an explanation. Patricia claimed she’d brought her daughter to the salon–like many other mothers–but never allowed her on a tanning bed: “All my girlfriends bring their kids in [but] they don’t put them in the booth.” She’s since been “banded” from over 60 local salons. She’s now appealing the case– and the tanning bans: “Recently I’ve had urges.”

Her ‘Equal Balance’ Is Off 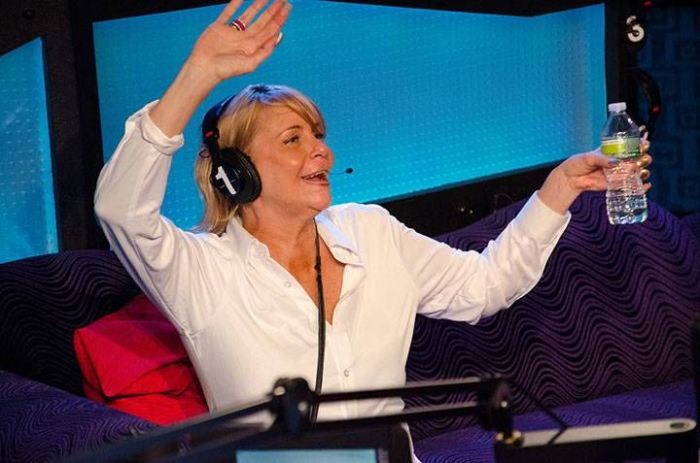 Asked about her jumbled and slurred speech, Patricia said she’d suffered severe head trauma at 25: “I have plates in my head cause I [was] hurt when I was young. … So I’m a little ditzy and I slip a lot and my equal balance is off.” 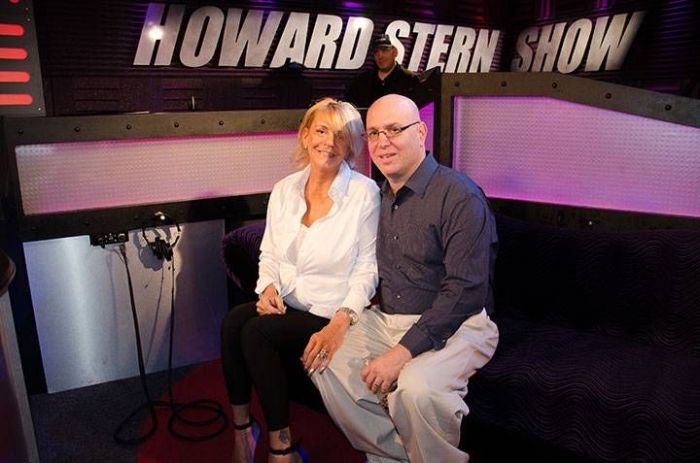 After airing a grievance with “Kelly Ripken” over her ‘Tan Mom’ costume, Patricia said her fantasy man was Ray Liotta. Coincidentally, Howard had Ray Liotta (really Sal, who didn’t even attempt to disguise his voice) on the line–“Ray” asked how her fantasy might play out, so Patricia hushed: “I’d love to kiss you and hold you. … You know what goes next. Oh my God. I’d start from the bottom and work my way up.”