Howard Thanks Team USA Wrestler for His Epic ‘Baba Booey’ 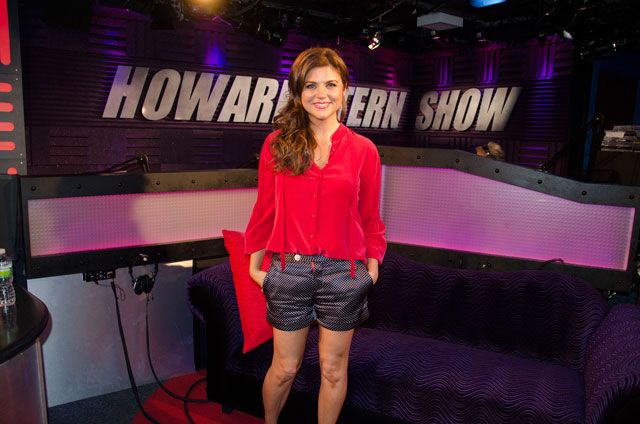 Tiffani Thiessen stopped by to promote the 4th season of USA’s ‘White Collar’, but Howard remembered her from somewhere else: “I used to beat off to you every day when you were on ‘90210.’” Asked if her early career on ‘Saved by the Bell’ ever led her down the wrong path, Tiffani shrugged: “Yes, maybe I’ve done a few things that my parents wouldn’t–” Pressed to finish, Tiffani confessed that she’d lost her virginity to a man 5 years her senior–when she was 14 years old: “Now that I have a daughter, it’s going to be really hard to talk about [but] I’m going to be honest with her.” Despite that misstep, Tiffani is still close with most of the ‘Saved by the Bell’ cast and parlayed the show’s success into a lasting career: “I consider myself a working actress.” 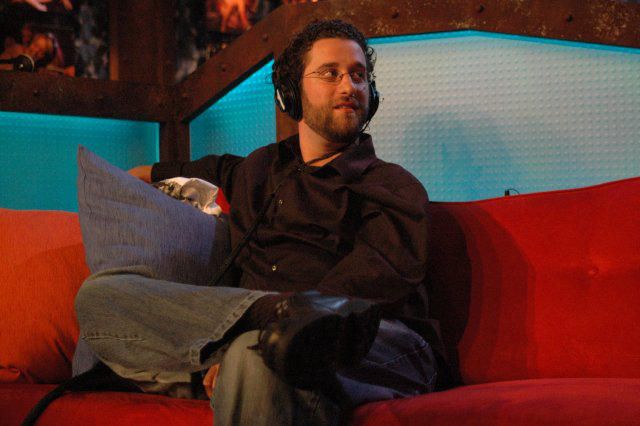 Howard noted that Dustin ‘Screech’ Diamond, in his ‘Saved by the Bell’ memoir, has claimed Tiffani was the cast’s slut, sleeping with many cast and crew members, including Mario ‘Slater’ Lopez. Tiffani said she hadn’t read the book (“Most of it is untrue, from what I can tell.”) but doubted she’d ever have the chance to confront him: “He lives in Wyoming or something. When am I going to run into him?”

Asked about her ‘90210’-era romance with co-star Brian Austin Green, Tiffani smiled: “Great guy. Yeah. I was in love with him.” They still talk–but not often: “Like once a year via email. That’s it.” Tiffani wished she could say the same about her relationship with another co-star, Jennie Garth: “We were very, very close. Even though, when I started on ‘90210’, the girls were not very nice to me.” Tiffani also had a falling out with Tori Spelling after Tori’s divorce from Charlie Shanian: “We were actually friends with Charlie, her first husband. It’s not so much taking sides. We just–it was a hard situation for everybody. … It was really trying to take care of the person who I thought was, probably, done wrong.” Howard asked what she meant, but Tiffani refused to say more: “That’s her business.”

‘Saved By the Bell’ Tolls For Thee

Before she left, Tiffani denied ever hooking up with Pauly Shore–or Ryan Seacrest: “No! I did not. We were super super young. … I don’t recall ever kissing him.” Asked who she’d save, if she had to choose between her least favorite former co-stars–Jennie Garth or Dustin Diamond–Tiffani quickly answered: “I save Jennie.” But Jennie wouldn’t survive if Tori Spelling was in the mix: “I’d save Tori because she has one more kid.”