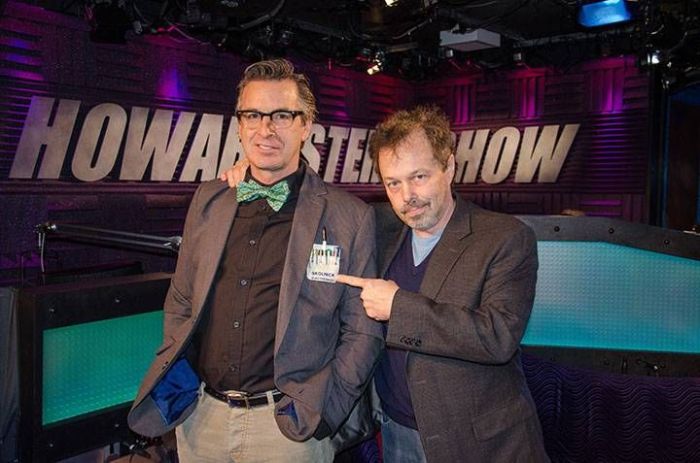 ‘Revenge of the Nerds’ stars Robert Carradine and Curtis Armstrong stopped by to promote their new TBS reality series, ‘King of the Nerds,’ and marvel at their unexpected legacy. Robert said the film was made start-to-finish in less than 5 months: “It was a studio picture. … Something opened up and they just said, ‘Let’s do the nerd movie.'” Production was such a rush-job that the studio forgot to include sequels in the casts’ contractual obligations: “It was really not considered to be even on the boards.” So Robert negotiated for profit participation in the 2nd film, which started after $5 million and ended at $20. (This was news to Curtis: “I knew nothing of any of this. I was just showing up and picking my nose.”) Robert said the loss of a key cast member nearly derailed the 3rd movie: “Anthony Edwards steadfastly removed himself from the whole gang. He cost us the 3rd movie. And the 3rd movie would’ve been a 7-figure payday for him and me. But he was already ‘ER’-bound at that point.” Asked if he was jealous, Robert deadpanned: “Pretty much ever since.”