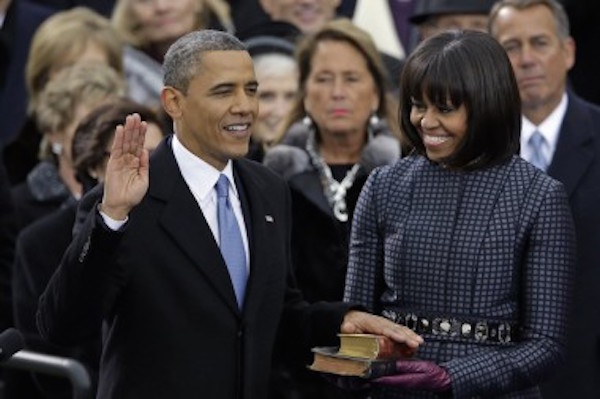 Early in the show, Howard said he’d watched President Obama’s second inauguration yesterday–and loved Michelle’s new look: “The bangs! I like them. … It was great to–I mean, [on] Martin Luther King Day, to see a black President? And all those white guys behind him? It was really mind-blowing. I didn’t think I’d see that in my lifetime. I really didn’t.” After listening to the boring inaugural poems read by James Franco and Richard Blanco, Howard improvised his own: “The President placed his hand on two Bibles:

50 Cent We Speak Your Name