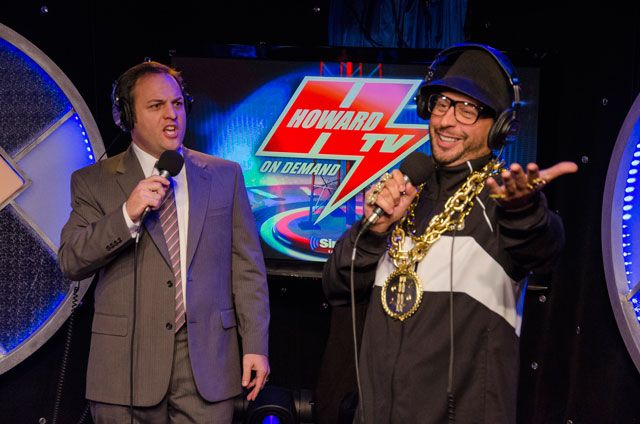 Call it the power of the Stern Show or call it the decline of Western Civilization, but a real producer – Scoop DeVille – thought that recording a real rap song with Sal and Jon Leiberman would be a great idea.

The song they recorded was “Do It Still,” and, ironically, nobody wanted to after hearing a few seconds.

Jon Leiberman announced that he thought the song was good, but that he was retiring from his rap career. Sal called bullshit –not because Jon said he liked the song, but because there was no way Jon wanted to retire from rapping (or could, since the last time we checked, he was not being paid to rap by anyone).

In fact, Sal said Jon saw dollar signs and wanted to plan a whole tour and head out to LA to network. Jon tried to protest, but Sal wouldn’t hear of it. In fact, Jon had suggested he and Sal open for 50 Cent or Kanye West next time they asked.

Howard also asked Jon if he planned on drinking at the Christmas party. Jon said no, he was going to be sober. Ronnie ran in to yell Yeeeeeeaaaaaaaaaah right! Jon said that last year, and proceeded to get wasted.

I’m sure we’ll hear what happened when we get back from vacation.