Do You Hear What I Hear? Wendy Asking for Money 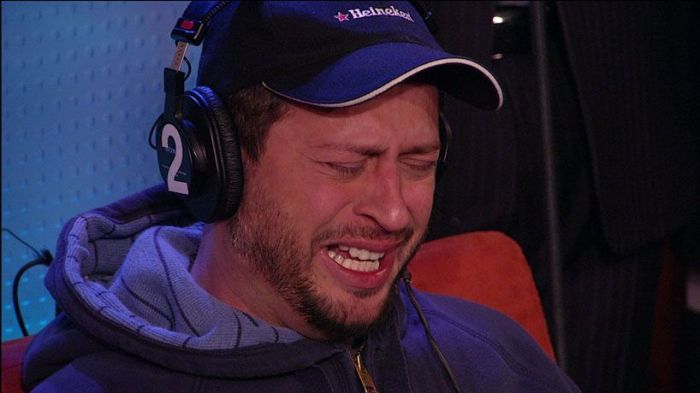 It was three years ago today that Howard announced he was re-upping with SiriusXM for five more years. As you’ll remember, writer Sal Governale was late to work that day and opened himself up to one helluva prank.

Once Sal had arrived, Howard decided to pretend like he hadn’t announced his decision yet, and invited the staff into the studio.

He somberly announced that he was retiring and Sal burst into tears. “I’m crying like a little bitch.”

Sal admitted that he hadn’t saved any money since he started working on the show. When Howard revealed the prank, he cautioned Sal that he’d better start saving.

It turns out, Sal shocked everybody by announcing that he consolidated all his credit card into a loan with much less interest, is almost at the maximum limit for his 401K, and is putting some money away in savings.

Howard was impressed. “I’m dead broke,” Sal said, “but I’m doing all that.”