Even Jewel Can’t Save It 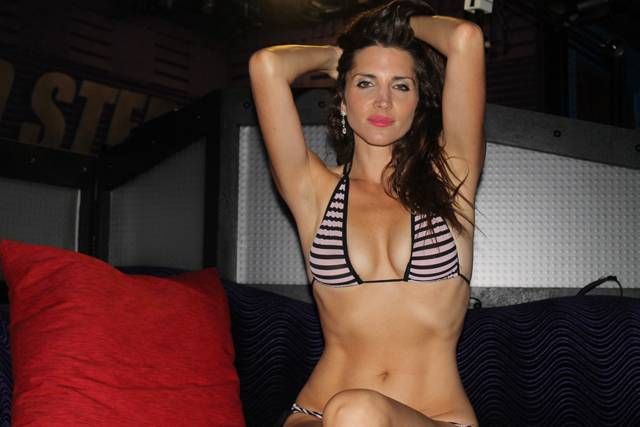 While they were on the topic of Elisa Jordana, Howard said she’d gone on an hour-long “rampage” after Benjy–in her opinion–failed to defend her performance in front of Tommy Mottola. HowardTV taped the whole thing. In a clip, Elisa fumed that Benjy had changed: “I don’t think I’m a great musician or something, but I appreciated how he kind of went for bat for me. And that really ended after we had sex. Every guy is the same. … His job is not very hard, believe me. It’s not. I’ve done it. ” Howard laughed that “the Benjy bubble” had burst: “It’s about an hour tape of her in the hall just saying the same thing over and over again about Benjy. What a scumbag he is.nShe’s wearing a short dress and sometimes she’s crying so hard she squats down and her legs look awesome.” Benjy attempted to recover, finally coming to her defense, but Howard saw right through his efforts: “Poor Benjy’s in the doghouse.”

Donald Trump On the Line

What Goes Into ‘The Soup’