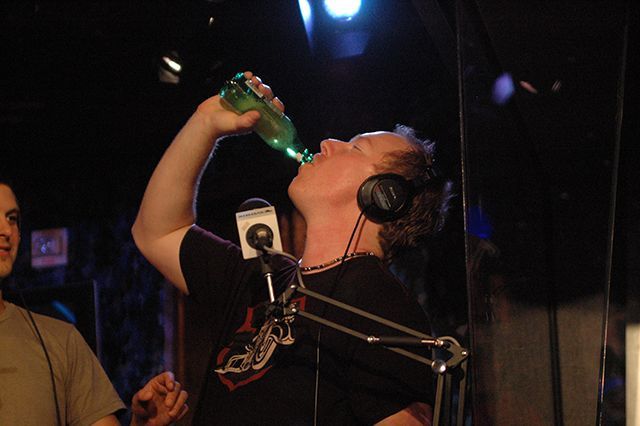 Hearing Dr. Drew talk about the alcoholics and addicts he deals with, a Stern fan is naturally inclined to ask the question: What would the famous doctor think of binge-drinker like Richard Christy?

Although Richard is in the best shape of his life, he drinks up to twelve beers and/or as many as fifteen to twenty mimosas on a weekend day, maintaining his hot physique by substituting food calories for booze calories. He’ll even run up to nine miles just to free up an extra thousand calories to later be soaked up in beer.

After hearing stories and reviewing both drunk voicemails and the video footage of Richard being wheeled off an airplane, Dr. Drew saw this as cause for alarm. Howard then tried to challenge Richard to a month without drinking, but Richard demurred, saying maybe he could try a few days a time.

Trying to determine Richard’s predisposition for addiction, Dr. Drew asked what his family heritage is.