Stern Show writer Sal Governale has gone to great lengths to improve appearance, including purchasing a Propecia knock-off from India and wearing an insane light-up helmet to regrow hair. But for 2014, Sal decided to concentrate on the beauty inside, and is consumed with prolonging his life. 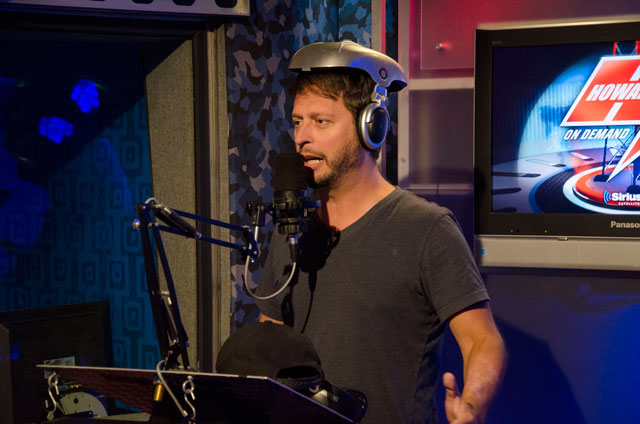 Sal wearing a helmet to regrow his hair

Howard got word that Sal was now obsessed with a vitamin regimen that had him popping all kinds of pills – cayenne capsules, multi-vitamins, fish oil, L-Arganine, garlic, ginger, Vitamin C – all hours of the day.

He’s consuming so much that his piss is now cloudy, but Sal knows that’s a sign of health.

Sal decided to try to take care of himself in 2014 because his son’s coach recently dropped dead of a heart attack at 53 years old, and it shook the comedy writer to his core. Not enough to quit his constant E-Cigarette habit, though, much to the chagrin of his office (and life) partner, Richard Christy.

Richard has been working in a cloud of Sal’s E-vapor for years and was just about to finally lay down the law when New York passed a law banning E-Cigarettes indoors.

Sal insisted that the vapor was harmless, but Richard likened it to sucking on a fog machine; there’s a definite chemical in the air.

Sal tried to make the E-Cigarette experience as pleasant as possible for Richard, blowing the “smoke” away from him and even buying pumpkin-flavored cartridges so the air would smell like Richard’s faaaaavorite flavor. 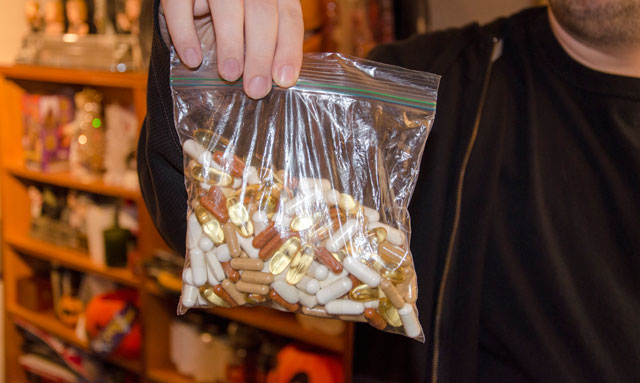 Sal promised to try to kick his E-Habit, and Howard banned smoking in the office, effective immediately.

The Sal ball-busting didn’t stop there.

The crew reminisced about the time Sal diagnosed himself with something called “Depersonalization and Derealization.” He was sure that he was having out-of-body experiences and could see himself driving.

Thankfully, since he’s let go of a lot of the stress in his life, he has become Repersonalized and Rerealized.