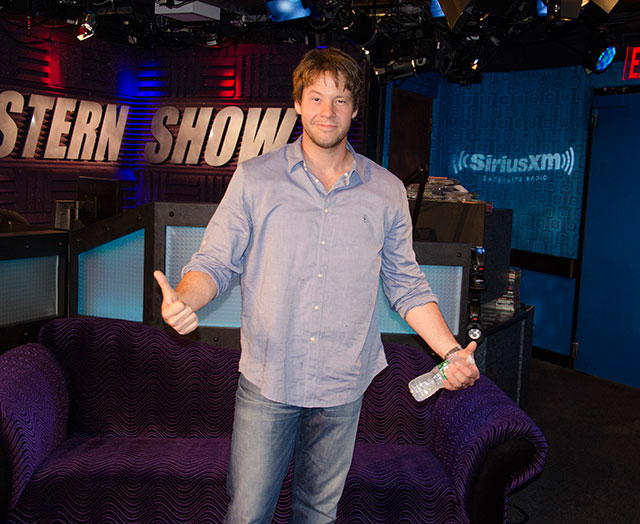 Actor and Stern Show superfan Ike Barinholtz stopped by this morning. Ike is a fan-favorite and always leaves a smile on Howard and Robin’s faces.

He went through his impressions of Wack Packers like Mark the Bagger, High Pitch Erik, and King of All Blacks, told a few stories, and even triumphed at a nearly impossible game.

Here are the highlights from Howard’s interview with Ike Barinholtz:

Ike recently met super-hot young actress Jennifer Lawrence when she stopped by the set of his show “The Mindy Project.” She was nice and everyone was getting along really well. At one point, she asked if she could use the bathroom in Ike’s trailer and he happily obliged. Once she entered, he remembered that he’d left a giant skid mark in his toilet bowl and he knew she saw it.

Ike auditioned for Aaron Sorkin for the role of Steve Wozniak in Sorkin’s adaptation of the biography of Steve Jobs. Ike lied and said he had read the book and read for the part, growing more and more nervous by the word. His shirt actually changed colors from sweat and it wasn’t even hot out. He did not win the role.

When Ike was broadcasting live from Celebrity Superfan Round Table, a fan gave him a mason jar full of weed to give to Stern Show staffer Jason Kaplan. Ike ended up smoking all of it himself; it never made it to Jason. The super-sized producer is also something of an inside joke at Hollywood parties – Beavis and Butthead creator Mike Judge and Ike spend their time together doing back-and-forth impressions of Jason saying “fuck you, dude.” 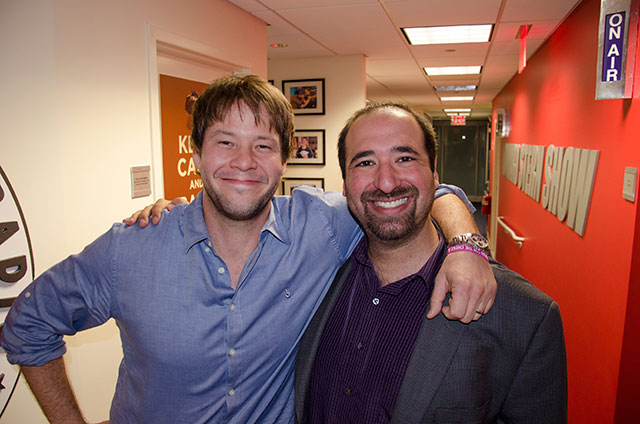 Amy Poehler, friend and co-star of Ike’s, is coming on the show in a few weeks and Ike told Howard how excited she was. He also demanded Howard ask her to do her Mariann from Brooklyn and Tan Mom impressions, because they’re killer. Amy, unlike many Americans, was not a fan of Eric the Actor. Ike texted her after the little guy died, and she allegedly said “he wasn’t for me.”

And speaking of Eric, Ike claims to be such a fan of his that he spoke to him frequently on Twitter, and knew even more about him than his caretaker Jon. Howard had to put this claim to the test, thus:

WHAT WAS THE FIRST TV SHOW ERIC APPEARED ON? “AMERICAN DREAMS”

WHAT WAS THE NAME OF ERIC’S DISEASE? EHLERS-DANLOS SYNDROME

WHICH POP STAR DID ERIC DEFEND IN HIS FIRST CALL TO THE SHOW? KELLY CLARKSON

WHAT FICTIONAL ANIMAL WAS ERIC AFRAID TO ENCOUNTER IN NEW MEXICO? WEREWOLF

WHAT WAS THE NAME OF THE GUY ERIC WANTED JOHNNY FRATTO TO ‘FIND’ IN HIS ICONIC ‘YOU KNOW WHAT TO DO’ VOICEMAIL? JERRY

WHAT WAS THE SCREEN NAME OF THE 7 FOOT TALL TEXAN ERIC PRETENDED TO BE ON STERN FAN NETWORK? ROMEO BLUES

WHAT IS ERIC’S MIDDLE NAME? SHAUN

Check out Ike on “The Mindy Project” on Fox!