Comedian and his longtime girlfriend return to the Stern Show 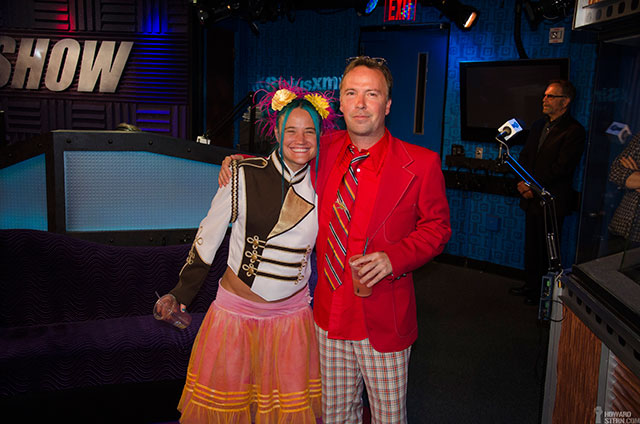 Comedian Doug Stanhope and his longtime girlfriend Bingo stopped by this morning, each holding a grapefruit cocktail, despite the fact that it was seven in the morning.

Howard sat, enraptured, listening to Doug and Bingo talk about their wild and wacky life together.

After watching Doug’s latest comedy special, Johnny Depp laughed so hard that he decided he had to work with Doug somehow. So, Johnny called him up and invited him out to his London pad to hang out.

As Doug waited for Johnny’s follow-up call, and the days turned into weeks, he started to think the friendship had ended before it began. He actually worked out a six minute bit about the time Johnny Depp called him to hang out but never hung out with him.

Then, a miracle! Johnny called back. Doug – now with a six minute hole in his stand-up routine – and Bingo boarded a first class plane to London, to bromance, and hopefully to super-stardom.

Johnny put Doug and Bingo up at a five-star hotel and they hung around the set of the movie Johnny was filming and the house he was staying at in London.

Ron Wood would drop by, Patti Smith would come over, and they’d all eat, drink and smoke cigarettes. Tons and tons of cigarettes. In fact, they were all such heavy smokers that Ron Wood put ashtrays next to each person’s place-setting at dinner and they smoked right through the meal. Johnny would have a fork in one hand, a cigarette in the other, while they talked about life and business.

After two weeks, when Doug and Bingo checked out of the hotel, they were handed a bill totaling almost $15,000. Apparently, Johnny’s assistant had forgotten to pick up the tab. Thankfully, a simple text from Doug sorted it out, but that could’ve been a real bummer.

Johnny wanted (and hopefully still wants) to do a TV show with Doug, and we’re all looking forward to big things from the team of Stanhope/Depp.

… And Louis CK Is on the Other Line

Another big, big star, Louis CK, expressed interest in working with Doug on his enormous hit sitcom “Louie.” Doug admitted flat out that he sucks as an actor, but Louis had him audition, via Skype, nonetheless.

Louis sent Doug the script and he practiced and practiced — and waited and waited for Louis to call back. That seems to be a recurring motif in Doug’s life.

Doug waited so long for Louis’ call that he came up with a brilliant plan. He had memorized the script so thoroughly that, when he came on the Stern Show, he’d subtly work all his lines into the conversation, as if they were organic. Then when the “Louie” episode aired, the world would assume that Louis had stolen all the jokes from Doug Stanhope and given them to whatever actor he had replaced Doug with. 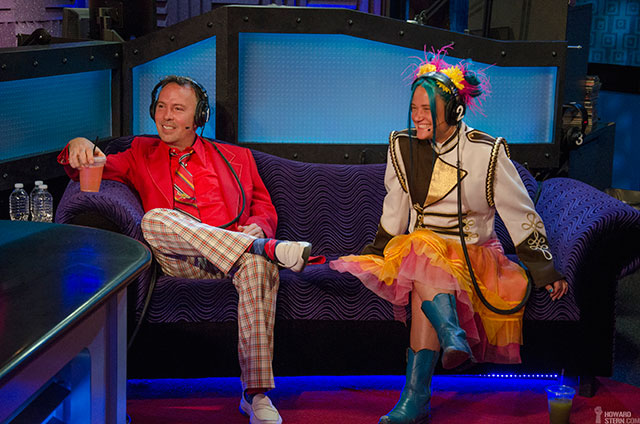 How to Kill Your Mother

In his last special, Doug admits to killing his mother! Or, at least, of helping his mother die with some dignity. He and Bingo decided that they would help his mother on her quest to be the one to call her very last shot.

She had suffered from ephesema for some time and was not long for this world. She wanted OUT.

Mrs. Stanhope checked out of the hospital and spent her last days at Doug’s house. One night, she asked for her drink and her pills, which Doug thought meant a Dr. Pepper and her medication.

That’s not what Mrs. Stanhope meant.

She meant a real drink and ninety morphine pills. It took forever to get the morphine down, but once she did, she laid back. Doug got drunk and roasted her while she laughed and cried and let go.

Just as she was slipping away, Doug joked: ‘Wait … come back … they found a cure.’

They left her to sleep and, in the morning, she was gone.

When the paramedics showed up to take her away, they mistook a sleeping Bingo for the corpse, but realized their error sometime before burial. Howard marveled that Doug and Bingo’s life is truly like “The Munsters.”

There you have it.