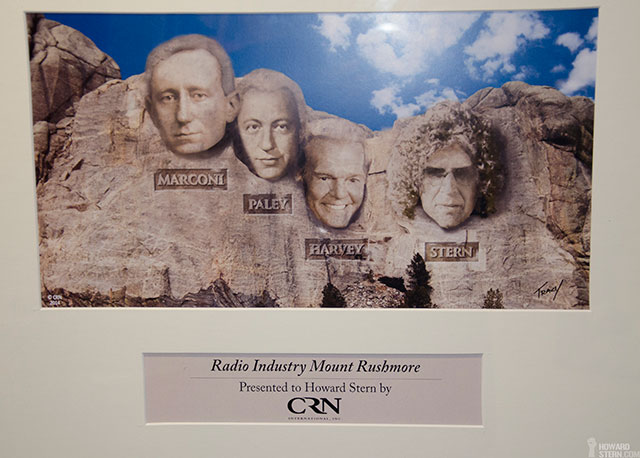 The Oscars, Emmys, Grammys, Tonys, Pulitzers, and Nobel Prizes occur every year, but there is only one Radio Mount Rushmore, and only four heads are carved into it.*

Barry Berman, the founder of Connecticut Radio Network stopped by to present Howard with a beautiful photo-shopped image on a plaque of the Radio Mount Rushmore.

Robin, clearly jealous, pretended not to know what CRN was. We probably don’t need to explain the company to you, but Barry hit it on the nose: ‘We use radio differently.’ Got it?

The other people on the monument are the inventor of radio Guglielmo Marconi, William S. Paley, who built CBS, and Paul Harvey, who was almost THE voice of radio news before Robin Quivers. 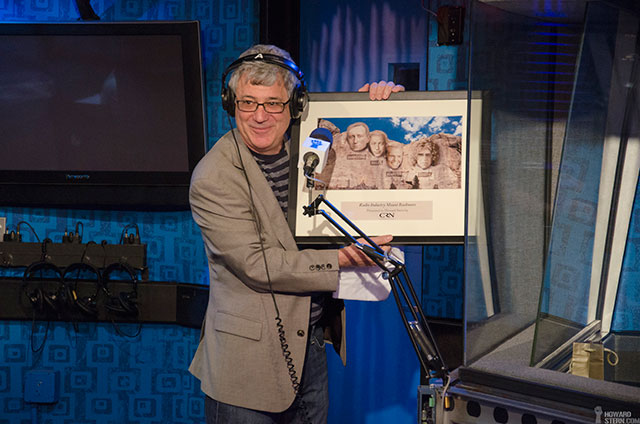 Howard humbly thanked Mr. Berman for ‘one of the worst presentations ever made’.

*There actually isn’t any really Radio Mount Rushmore with any carvings of any kind. And CRN didn’t seem keen on picking on the tab on building one.