Stern Show regular Jenny McCarthy stopped by this morning and luckily she is right in the middle of two major news stories: her engagement to New Kids on the Block member Donnie Wahlberg and her departure from daytime TV show “The View.”

It was announced over the break that Jenny McCarthy would be leaving “The View” at the end of her contract along with co-host Sherri Shepherd. Before news of her leaving broke, Jenny had announced that if Sherri was let go from the show, she would walk too. Howard had no idea they were so close, and Jenny admitted that though she only hung out with Sherri once, she’s a nice person and “a good egg.”

Jenny claimed that Sherri was negotiating for more money, while Jenny was negotiating for a vote in who would join the table – in the end, neither one got what they were looking for. Howard wanted Jenny to set the record straight and asked if she was fired or not.

“Yes and no,” she told him. The bottom line – Jenny will not be back for a second season on “The View.”

Jenny thinks that she’d probably still be around if she was a conservative who liked going to war with the likes of Rosie O’Donnell (who just announced she was heading back to the show) and Whoopi Goldberg. Unfortunately (or fortunately) Jenny’s not really interested in yelling about politics.

Even though she’s out of a gig, Jenny is sticking it out until the end of her contract. Howard suggested she show up and be classic “dirty” Jenny. Mccarthy joked, “I would love nothing more than to get up and squirt all over that stage.” 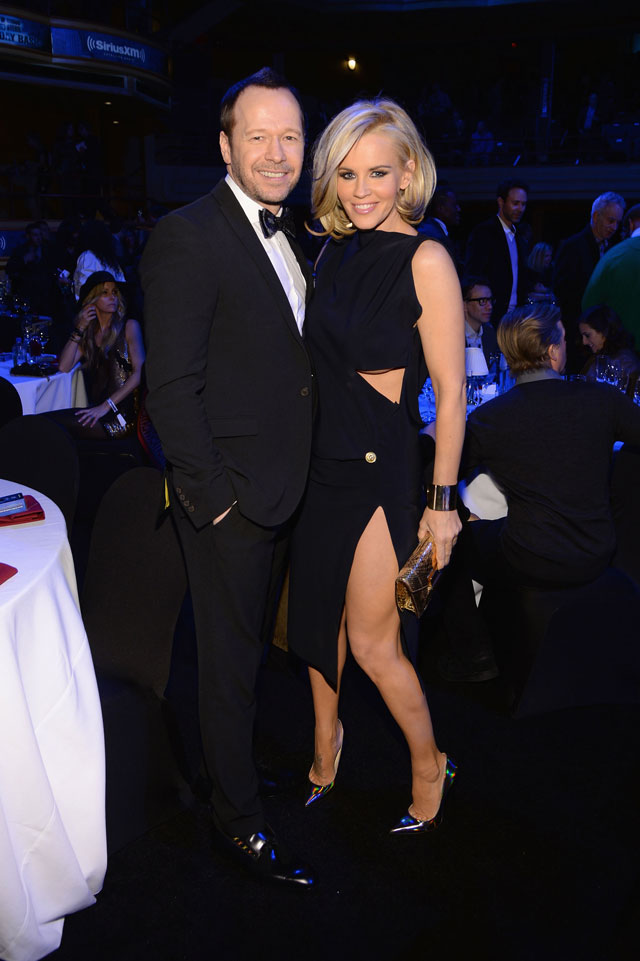 Wedding bells are about to ring for Jenny and Donnie Wahlberg, who’ve only been dating for about a year. Jenny gushed and gushed that she’s never been happier than she is with him. However, Howard cautioned the first year is always heaven.

Donnie and Jenny are having a small ceremony and she told Howard she expects Donnie’s famous brother Mark Wahlberg to be there. Howard had heard that Mark didn’t approve of Jenny, but Jenny said she’s met him and he accepted her warmly.

Last time she was on the show, Jenny vented a bit about her ex-boyfriend Jim Carrey and how he’d grown close to her son but hadn’t spoken to him since their breakup. Jenny told Howard that after that visit to the Stern Show, she and Jim connected and things have turned around for the better – Jim recently spent some time with Jenny’s son both parties feel fulfilled now. 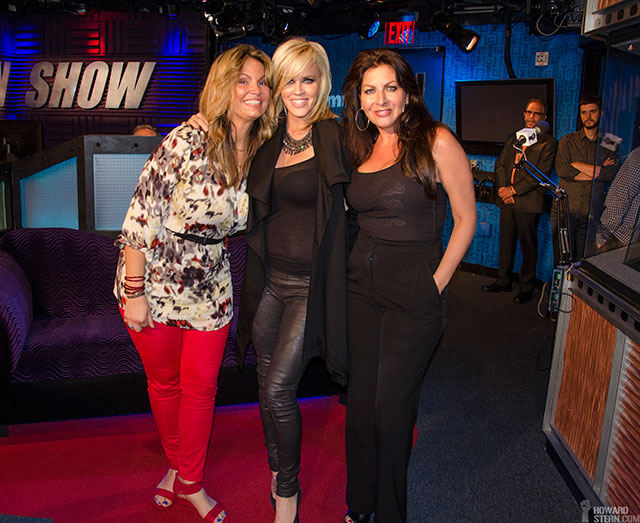 At the end of the interview, Jenny brought in her two comedian friends Lynne Koplitz and Tammy Pescatelli – both of whom are featured in Jenny’s live stand-up show “Dirty Sexy Funny.” All three funny ladies will also be part of the debut episode of Jenny’s brand new SiriusXM show of the same name, which premieres Wednesday night! Don’t miss it!