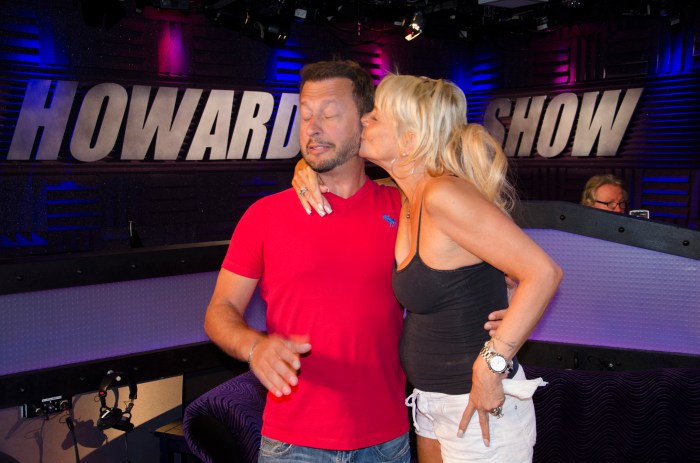 Tan Mom‘s calls to the office haven’t slowed down as of late and in fact seem to be coming in more frequent than ever. “Sal has led her on so much that now she calls here literally 10 or 15 times a day,” Howard explained. And now Sal is freaking out that he’s being “stalked.”

The phone gets passed around the office as Sal tries to avoid her and Howard had tape of Scott the Engineer trying to have phone sex with Tan Mom.

Recently though, Tan Mom changed tactics and decided that she was going to try to get Memet, the “man in the middle” – because he sits in between Richard and Sal – to go out on a date with her to make Sal jealous.