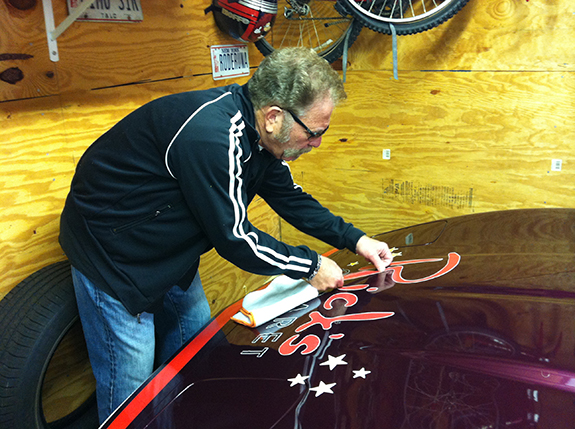 Way back in the year 2012, roving Stern Show reporter (and resident pitbull) Jon Leiberman discovered that Howard’s limo driver Ronnie ‘the Limo Driver’ Mund had purchased a ridiculous pace car. For whatever reason, Ronald was not too happy that Jon had discovered his purchase and a (mostly) good-natured feud was born.

In order to give Jon to full story, Ronnie took him out to the track and zipped him around in the controversial car. Jon was terrified. He tried his hardest to put on a brave face, but Jon Leiberman wears his heart on his sleeve – and his heart was screaming ‘Dude!’ and ‘Slow down!’ and ‘Aaaaaaahhhhhh!’ 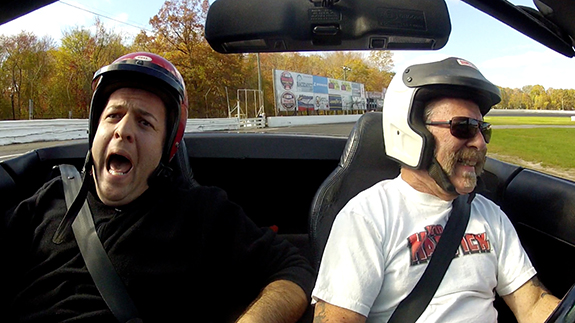 Anyway, the pace car reared it’s head again this morning because, just this past weekend, Robin was driving around the city (likely picking up vegetables or on her way to get frozen at her new Cryotherapy center) and she saw the ridiculous pace car parked on the street. Since it’s basically a billboard for Ronnie, she stopped in the restaurant it was parked in front of and joined Ronnie’s party. 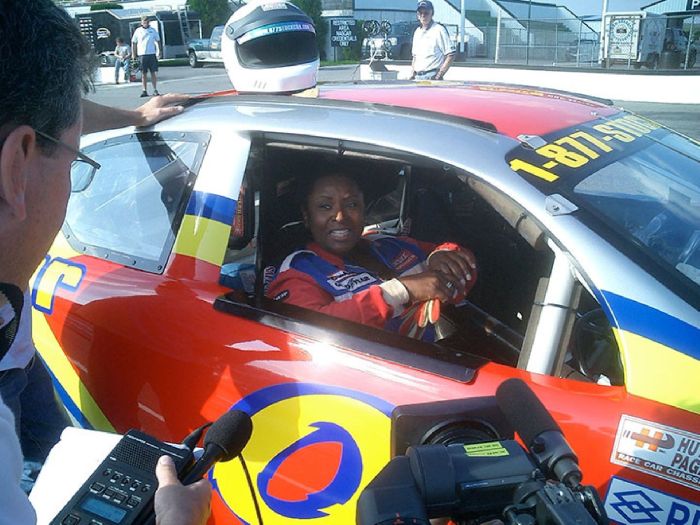 Let’s not forget that Robin has had a weird car or two of her own Photo: The Howard Stern Show

Anyway, considering what we know about Ronnie’s other hobbies (which all involve p*ssy), this one is actually kind of sweet.