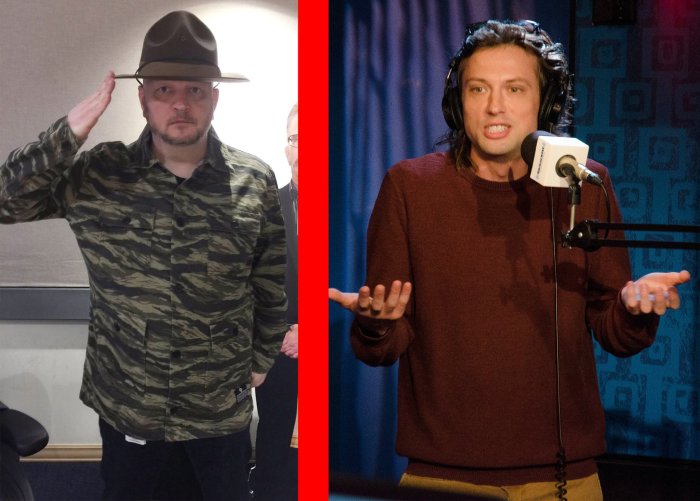 The countdown to the election has reached mere hours and both Howard and Robin said they could not wait for the whole thing to be decided.

Howard also noted that he was just discussing with some of the guys in the office how both Massachusetts and California, among a few other states, have propositions on the ballot to legalize recreational marijuana use. Massachusetts hasn’t always voted so liberally though, so Howard said he wasn’t sure it would pass – though he hoped it would.

Gary reminded Howard of when Neil Young told them about his method of fending off paranoia while smoking pot – by eating black pepper!

The most important part of the election results though, clearly, is the impending bet between Brent Hatley and Memet Walker. Brent wagered that Democratic presidential nominee Hillary Clinton will clinch more than 40 states on her way to winning the White House. If he is correct, Memet will be forced to shave his very full head of hair – which is made all the worse by the fact that he has reportedly become increasingly worried about balding. If Brent is wrong though and Donald Trump wins more than 10 states, he will be waxing his pubes live on the air in the studio.

Fred Norris was convinced that Brent must just want a free wax job since whether or not Hillary Clinton won, he thought it seemed likely that Donald Trump would win more than 10 states.