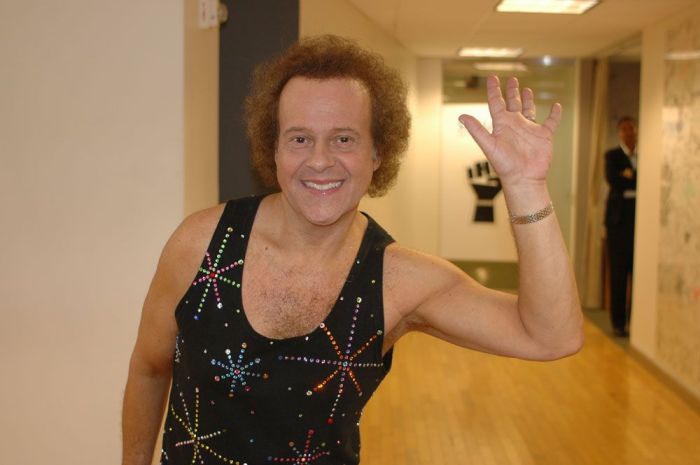 Amid reports that eccentric fitness guru Richard Simmons was “kidnapped” and being controlled, the Stern Show favorite turned to the “TODAY” Show to speak out and deny the rumors.

“No one is holding me in my house as a hostage,” Simmons told Savannah Guthrie in a pre-taped phone interview. “I just sort of wanted to be a little bit of a loner for a little while,” he continued.

Howard told listeners that outside of his on-air antics, they had a real friendship to some degree, which was tough at times. He had Richard over to his house once, but Simmons was all over the place picking people up and throwing hor d’oeuvres into the pool. “He was always on all the time,” Howard explained.

Another time though they were out to dinner and Richard suggested the name “Ashley” for Howard’s daughter before she was born, which the King of All Media actually ended up using.

On a professional level, Howard said he thought Richard was very authentic. “I really do think he gave out good advice to obese people … I thought it was all legit.”

Gary has been calling Richard about once a month to see if he wants to come on the Stern Show (as his last appearance was back in 2013), but has only been able to get Richard’s publicist each time.

If his latest comments are true, Howard said he’s a little jealous that Richard has been able to avoid everyone for two years. “I’m so content being on my own,” he mused.