The True Story Behind the Wack Packer's Love Triangle 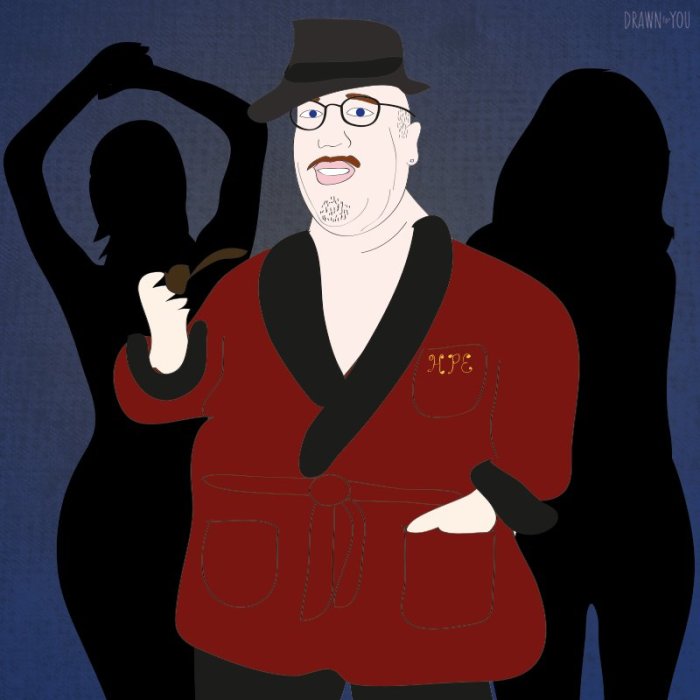 c/o Drawn For You

Jeff the Drunk isn’t the only Wack Packer who has been attracting the opposite sex either – High Pitch Erik is reportedly in the middle of a bizarre love triangle.

Though the story was very muddled, the basic gist of it was that a woman, who is a fan of the Stern Show, helped Erik while he was at Atlanta Airport and took him to lunch. This made one of his friends from home, another woman, jealous. Erik started texting the Atlanta woman all the time, which scared her a bit.

Shuli spoke to the woman, who revealed that Erik has been sending her hundreds of text messages about how much he loves her. She was forced to insist that he calm down. “She really does mean well,” Shuli told Howard.

Joey Boots has even been clashing with Erik now that there is a woman in his life, calling her “Yoko Ono.” Erik stopped talking to Joey until he apologized.

Later in the discussion, Laura, who was on the show five or six years ago after High Pitch threatened to kill her, called in. She reminded listeners that she spent lots of time with Erik for a while, but things turned sour and he left her countless voicemails, a few of which Howard played, threatening to harm her.

“Really deep down he is a good person,” she said though. “I miss Erik in a weird way.”

Ultimately Laura’s husband had to have a talk with Erik so that he would stop calling.

Another woman, Vanessa, called in to say that she took Erik out and bought him drinks, but countered that since she knew what she was doing from the start, she wasn’t upset. Vanessa claimed that she was able to set boundaries with him in order to not receive tons of text messages.

Howard said he was baffled, but has seen it time and again when beautiful women take pity on people like Erik. “These girls like to take on projects,” Howard explained.

“We should do a calendar!” Robin exclaimed.