Howard On the Making of Maria's On-Air Engagement 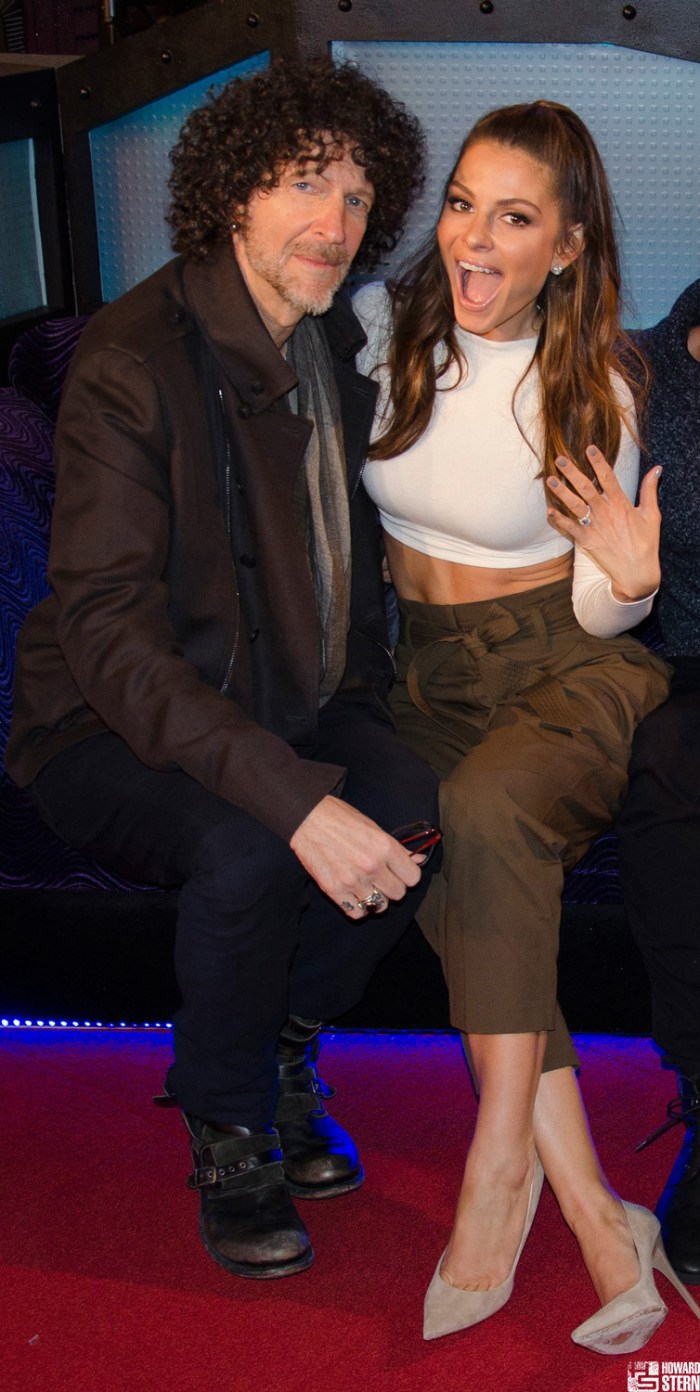 “I do admire Maria Menounos and her values,” Howard, who said he expected Maria would ultimately get with a celebrity, remarked after the happy couple left to celebrate.

Howard also told listeners about the lead-up to the proposal. Apparently Keven contacted Beth to tell her that he wanted to propose live on the Stern Show. “Write him back and tell him I’m all for it,” Howard remembered telling his wife.

But there was a hiccup — “Mr. America” Ronnie Mund decided spur of the moment to propose to his girlfriend Stephanie in the interim. Howard said he wasn’t sure if Keven would want to still do it, but since Ronnie’s proposal was … unique … clearly Keven seemingly thought he could outdo it.

Shuli came in and reported that Ronnie seemed angry when Keven began proposing. Allegedly he kept yelling, “What the hell?!”

Ronnie launched into a rage screaming at Shuli for starting things with him.

“I’m fucking angry!” Ronnie fumed before turning his outrage towards Howard for cutting one of his “Cock Ring Sex Tips” that was directed at men and transexuals. “I don’t like that it gets thrown out,” he continued.

“It wasn’t that good,” Howard stated flatly before playing the bit which turned out to be just as odd as it sounded by name.