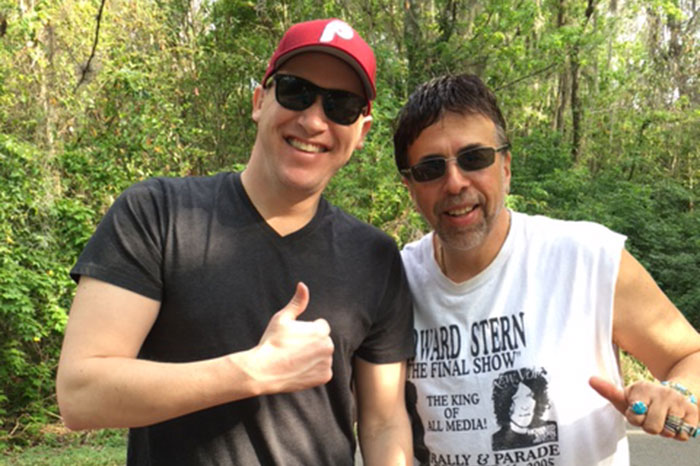 For his latest report, Wolfie went down to Florida to profile the one and only Bobo, and the first order of business was finding out exactly how Bobo’s name came to be.

As the story went, kids in the neighborhood would taunt the Wack Packer by calling him “Bobo the Clown,” and he actually embraced it. “I always kept that in my craw … I just liked it. It was a good name to stick in your mind,” Bobo explained.

Wolfie said that one of the most fascinating visual aspects of Bobo was that his toupee seemed to rise off his head in the Florida heat. “It looks like it’s floating above him like a halo,” Wolfie said.

Another fascinating revelation was Bobo’s belief that he belongs to an “elite type of club” called the Long Island Boys that includes the likes of Jerry Seinfeld, Eddie Murphy, Billy Joel, and Jackie Martling. “My stomping grounds was the Hamptons,” he rationalized.

Despite protests from Bobo, who claimed he didn’t want to discuss it, Wolfie also dug into Bobo’s decision to show up at the hospital when Howard’s third child was born.

“He’s like my John Hinckley,” Howard joked, calling it “Exhibit A” in his stalking case against Bobo.

Bobo revealed to Wolfie that even his teenage children tried to talk him out of going. “I can’t believe I did that … I was out of my mind then,” Bobo said.

The final intriguing piece of information Wolfie extracted during his time with Bobo was what the Wack Packer believes to be his most memorable Stern Show moment.

“The end of the world. There’s a lot behind it, Wolfie,” Bobo said. The bit caused a lot of friction in his family, though, since he ditched them for Howard when it mattered most. “You can always count on daddy,” Bobo recalled telling his son before leaving to be with Howard.