“Thank you all for your kind words of love and support,” the Stern Show regular wrote on Instagram 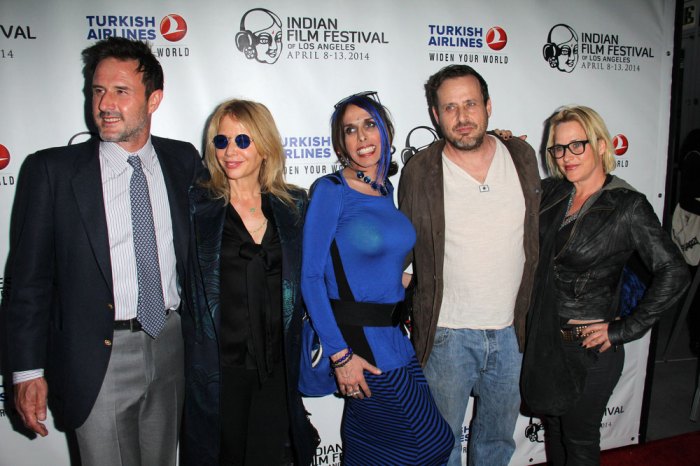 Friend of the Stern Show David Arquette has lost his sibling Alexis Arquette who died on Sunday at the age of 47. Alexis was known as a transgender actress who appeared in the films “Pulp Fiction,” “Bride of Chucky,” and “Of Mice and Men.”

“Our sister, Alexis Arquette, passed away this morning,” brother Richmond Arquette said in a statement posted on Facebook that was also signed by Alexis’ other siblings, Patricia Arquette, Rosanna Arquette, and David. “Alexis was a brilliant artist and painter, a singer, an entertainer and an actor.”

Never have I had the honor of knowing and loving a funnier more beautiful soul then my brother/sister Alexis. Thank you all for your kind words of love and support. I know Alexis loves all the wonderful reactions to his passing and will be in our hearts for eternity. In the end he chose to be called my brother again but I will remember him as a Butterfly of a spirit always. I love you and in his words ‘Gracias!’

A video posted by David Arquette (@davidarquette) on

Several stars in Hollywood shared their condolences on social media, including Roseanne Barr and Boy George. Fans will remember Alexis’ role in “The Wedding Singer,” where she played a Boy George impersonator.

Howard and Robin discussed the news of Alexis’ passing on Monday morning’s Stern Show. In 2001, Alexis had a cameo appearance on “Son of the Beach,” the TV series executive produced by Howard.

“Sorry to hear that. Sorry for David,” Howard said on-air of Alexis’ death.

David thanked all who sent their well wishes with a message on Twitter:

Thank you all for your love and kind words about Alexis. My hero for eternity pic.twitter.com/Z18xLtYTBv