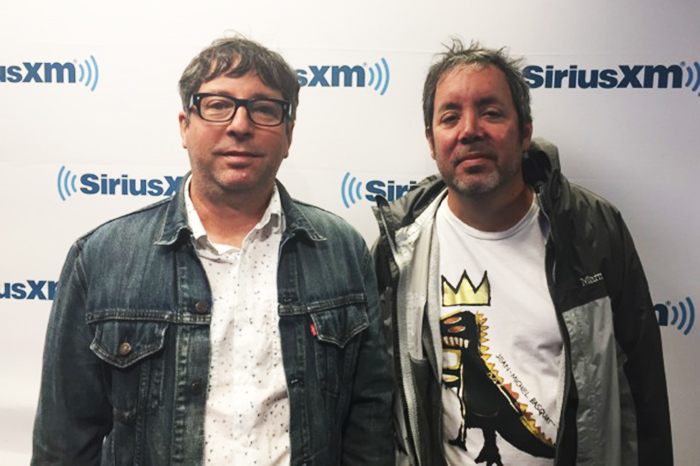 Fastball’s music is once again burning up the charts, except they’re not the ones singing the lyrics this time around. On Friday’s Wrap Up Show, band members Tony Scalzo and Miles Zuniga talked about the 2017 hit single “Bad Things” which samples the unmistakable melody of Fastball’s song “Out of My Head.”

“I’m not sure exactly how they got ahold of it,” Tony said of Camila Cabello and rapper Machine Gun Kelly, who incorporated Fastball’s music and lyrics into their own song, which reached No. 4 on the Billboard Hot 100. Tony then explained how their publishing agent simply sent an email asking whether or not they wanted to let someone else sample “Out of My Head.”

“So, we said yes and then like a week later, it was on the radio,” Miles added.

The guys told Jon and Gary they’re appreciative to see new life being brought to their ‘90s classic, but they’re still curious how MGK stumbled upon their song.

“We still haven’t met him,” Tony revealed. “I’d kind of like to know what the backstory is.”

Check out Fastball performing “Out of My Head” live on the Wrap Up Show (below).

One famous name Fastball has met is TV talk show host and former mayor of Cincinnati Jerry Springer, who jammed with them once at a concert in Connecticut after Miles spotted him in the crowd.

“I just mentioned Jerry Springer was in the audience,” Miles said of the memorable encounter. “All of a sudden he starts walking on stage.”

Once with the band, Miles remembered Springer stating he wanted to perform “Me and Bobby McGee” right then and there. Rather than ask any questions, the guys picked up their instruments and played the song with Springer.

“We live for these surreal experiences,” Miles said.

Before the show ended, Fastball treated the Wrap Up Show with a rendition of the Beatles song “Two of Us.” Hear their performance (below).

Fastball is now on tour with rock band Everclear. For tickets and dates go to FastballtheBand.com