Stern Show Staffer even gets in on the action, posing as “Tommy the Twink” for one call 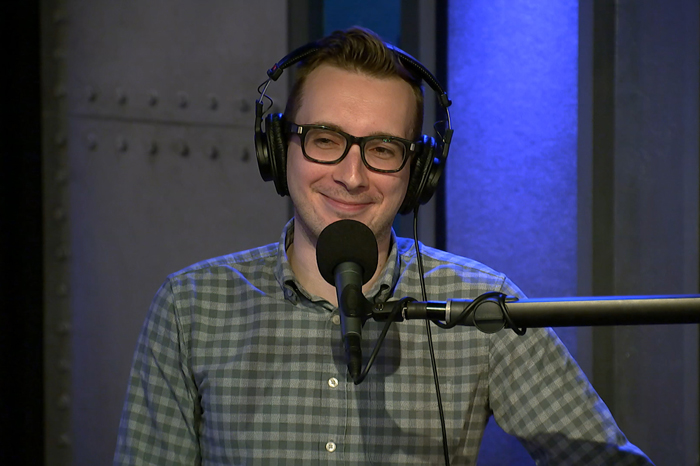 Good work can be hard to find, but a man named Steve recently showed Stern Show staffer Chris Wilding how he makes money just by answering his phone. Steve works as a phone sex operator and takes calls from gay or curious guys who are willing to pay cash in order to hear him talk dirty to them.

“He might be the greatest phone sex operator of all time,” Chris told Howard on Tuesday.

Steve makes well over six figures per year, specializing in clients looking to be verbally berated over the phone. Depending on the line they dial, Steve will answer as one of his personas – there’s the aggressive “Fag-Tamer Steve,” the more upbeat “Faggot Destroyer,” and the higher-voiced “Tommy the Twink.”

It’s not just calls that Steve earns money from, though. He told Chris he’s made thousands of dollars just off of sales from his soiled underwear.

“I can’t imagine what kind of life that is,” Robin Quivers exclaimed while listening to Chris’s report.

During his day with Steve, Chris observed him take phone calls from clients whenever and wherever his phone rang, including while out to lunch at a Mexican restaurant, while shopping in a department store, and even while dropping his daughter off at his mother-in-law’s house.

Though most of the men who call him are gay, Steve is straight and married. His wife also works in the industry, posing for paying customers as “Daddy’s Fuck Slut.”

Steve tends to make more per call than his wife does due to his clients having much more obscure requests. Chris witnessed a few callers with fetishes about seeing their bank accounts dwindle. Another gentleman wanted to pretend to be Batman while Steve acted like the Joker.

Chris interviewed one of Steve’s regulars who admitted he’s never been anything but satisfied following one of their calls.

“Steve has absolutely changed my life,” the gentleman confessed. “I don’t actually want to be brutalized, I don’t want a guy to face-fuck me with his 12-inch cock … but over the phone, everything’s fair game. He’s so good at it, everything he does.”

Not everyone is a fan of Steve’s work, however. Chris also spoke to his mother who is unhappy to see her son in this profession. “I’m sad that this is what he’s doing, I’m not gonna lie,” she explained.

She also told Chris she believes Steve wound up in this line of work because his father used to look at pornography when she was pregnant with him. Her theory is that negative energy was absorbed by Steve in the womb and has stayed with him to this day.

As successful as he’s been in the industry, Steve told Chris his dream is to one day start his own phone sex operation and avoid splitting any profits with the company he currently works for. He might already be recruiting new talent, too, since he had Chris himself take an incoming call.

Check out Chris playing the “Tommy the Twink” character in the audio (below).