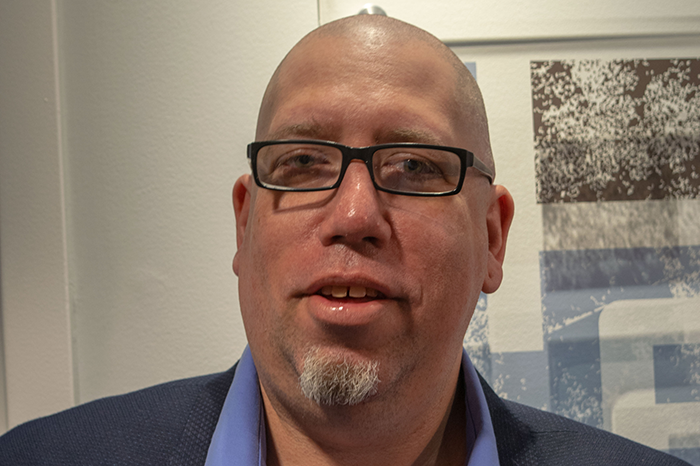 It seems High Pitch Erik couldn’t hold his own interest during a recent live stream on Periscope in which he fell asleep and proceeded to snore for an hour and 20 minutes during the broadcast.

Howard described Erik’s snoring as “truly fascinating” on Tuesday and identified six distinct varieties of noise emanating from the Wack Packer: the Whistle, the Growl, the Kazoo, the Pigeon, the Vader, and the Lawnmower.

Hear an example of each (below).

“He’s definitely not getting enough air,” Robin Quivers, a former nurse, determined after hearing the tape.

In fact, at one point during the broadcast, Erik appeared to place the mask from his CPAP machine on his face to help the flow of oxygen into his body.

The Wack Packer needed his rest, though, as he would soon be seen on TV front and center at a New York Yankees game.

Erik scored a ticket directly behind home plate in seats Shuli Egar told Howard are normally reserved for “Saturday Night Live” head honcho Lorne Michaels. The cost of that ticket runs upwards of $2,600, but luckily High Pitch had a generous benefactor in his former lawyer Vinnie whom he made amends with after a dispute over their live-streaming business.

“It’s typical High Pitch. One of the best players in baseball is up at the plate — Aaron Judge — and High Pitch is looking in a completely different direction,” Shuli added with a laugh.

Baseball wasn’t the only thing on the menu that day, either. The seats came with a full buffet included and Erik reportedly treated himself to four white wines, two orders of filet mignon, one order of creamed spinach, three sushi rolls, three hot dogs, and a salad covered in ranch dressing.