“I’m not on here to bash him … I hope to God he’s at peace,” she tells Howard over the phone 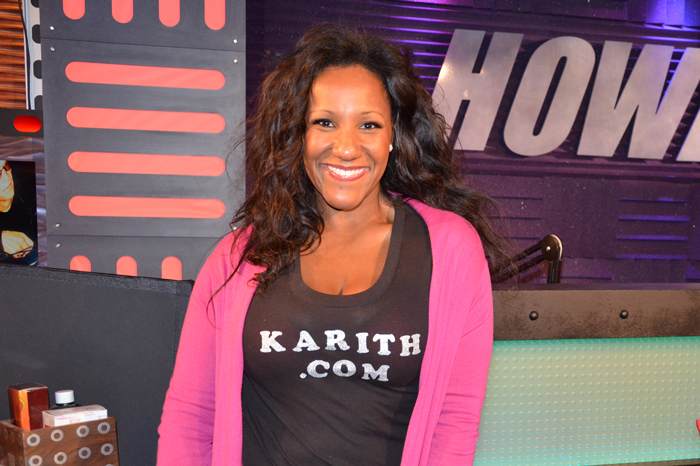 Karith Foster during a 2011 visit to the Stern Show Photo: The Howard Stern Show

The passing of Don Imus last month has left many who worked alongside the radio host with mixed emotions following his death. For Karith Foster, who called into the Stern Show on Tuesday, her time on “Imus in the Morning” was brief but not without incident. She was hired soon after Imus made on-air, racially disparaging comments about the Rutgers women’s basketball team in 2007. As a black woman herself, Karith was brought on in an effort to diversify Imus’s show.

“This was a dream job, you know? I majored in broadcasting,” she told Howard. But it didn’t take long for her relationship with Imus to sour.

“There were good days … we had fun and we had a flow,” Karith continued. “And then there were days when he would just snap and lose his mind.”

She recalled how common it was for her and her co-workers to have angry run-ins with Imus, many of which resulted in members of his staff being reduced to tears. Not Karith, though.

“He started to hate me because I wouldn’t cry,” she told Howard. “I would go in there every day with a smile on my face the more mean he got because I knew that clearly something wasn’t OK with him.”

Karith left “Imus in the Morning” in 2009 and Howard asked if it was because she was fired. “Well, yeah. That’s the nicest way to put it. He didn’t want to pay me anymore,” she explained with a laugh.

“What were you supposed to hang around for free?” Robin Quivers asked.

As negative as her experience working with Imus was, Karith wanted to make it clear she holds no ill will toward him, especially now that he’s no longer alive.

“I’m not on here to bash him. Like, there’s no good talking about somebody who’s dead,” she asserted. “I hope to God he’s at peace because he clearly didn’t have it while he was here.”

For information about Karith Foster’s book “You Can Be Perfect or You Can Be Happy,” click here.