Plus, one Stern Show staffer picks up his guitar and puts on an unexpected concert 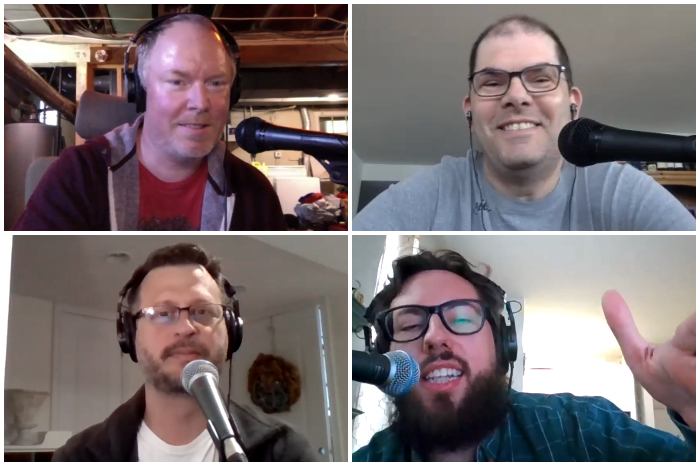 Howard and co-host Robin Quivers played an impromptu game on Monday morning’s Stern Show where they attempted to guess how old various staffers are. The idea came about after Howard admitted he was stunned recently to discover one of the back-office employees was turning 40.

“I realized I don’t have any concept of how old someone is,” he told Robin. “I don’t look at people’s age.”

Richard Christy went first. Robin guessed the beer-loving staffer was 42 but Howard went higher. “He’s been with us a long time. I’m going to say 50,” he said.

Richard revealed he is actually 46. “The sun is brutal to me,” he told Howard and Robin, adding, “I got that weathered look.”

After Sal they moved onto JD Harmeyer, closely examining the staffer’s now bushy beard for clues about his age. “He looks like he’s been radicalized,” Howard joked before guessing 41. Robin settled on 42. In actuality, JD just recently turned 40.

Finally, they turned to Jon Hein. Howard guessed the staffer was 57. “We’re so terrible at this,” Robin giggled before guessing 55. Both guesses proved to be too high—Jon is 52.

Despite being a quinquagenarian, Jon said he isn’t too old to learn a few new tricks. He began teaching himself guitar during quarantine and after the guessing game on Monday he offered to pick up his axe and put on a mini-concert on air. After a few minutes of him stumbling through songs like Green Day’s “Boulevard of Broken Dreams” and George Harrison’s “My Sweet Lord,” however, Howard and Robin realized Jon’s skills weren’t quite on par with legends like Eric Clapton and Jimi Hendrix just yet.

Still, Howard appreciated the effort. “Jon Hein unplugged, ladies and gentlemen,” Howard laughed before whipping out his own guitar and jamming along with him.