John Oates on ‘T-Bone’ Wolk: ‘He Was the Best Musician I’ve Ever Played With, Hands Down” 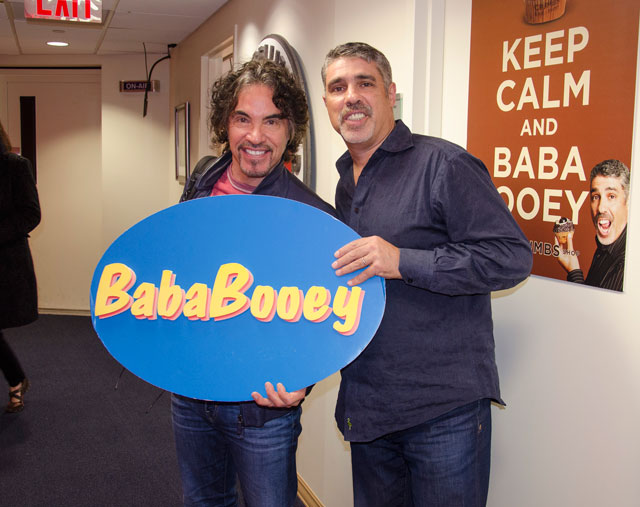 We asked the two people who look most alike in the enitre world – Stern Show executive producer Gary Dell’Abate and music icon John Oates to sit down one and one so that Gary could ask him every burning question he’s had since he was a teenager.

GARY DELL’ABATE: I’ve been a fan for a long time. In fact, I was telling the guys I probably saw you guys around a dozen times especially between 1979 and 1985. I think I even saw you guys out in LA once. So, here’s one of my first questions: I love [the Hall & Oates album] Abandoned Luncheonette. And for me, whenever there’s a new format of music I have to get [Abandoned Luncheonette] on that because the sound on that album is so amazing. You know, I had it on vinyl, then I bought it on mobile fidelity vinyl, then I bought it on CD. When you guys were making that record, did you have any idea? Because that’s really one of those records that people sort of hold up for the sound of the record – the harmonies and the sound.

JOHN OATES: Absolutely, well there’s a reason for that. You know, that record was the perfect storm of creativity. Daryl and I had written some pretty good songs. Arif Mardin, the legendary, late Arif Mardin – one of the greatest producers in the world – he was producing. We were in Atlantic Studios, the legendary Atlantic Studios. Gene Paul, who is Les Paul’s son, was engineering, and Arif surrounded us with some of the greatest musicians on the planet.

Arif was one of the greatest producers. So all of this was happening at the same time and we had just gone on the road for the first time prior to that album, so we were kind of in the groove. We went into the studio, we recorded that album in a very compressed period of time. That was in the days of analog recording on tape. People took care. Microphones were the highest quality. The engineers had to make sure everything was perfect. And that’s what it was about. 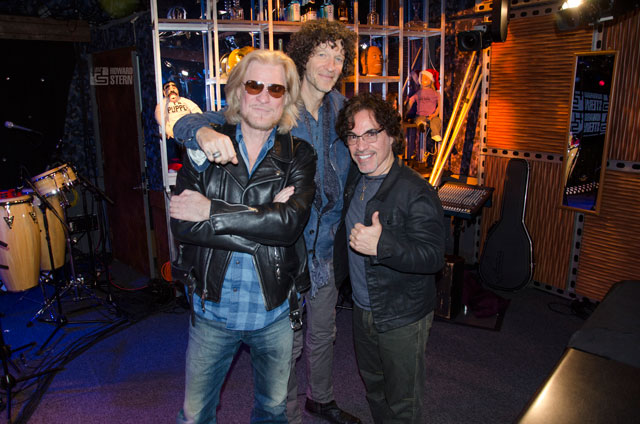 GARY: Were you guys surprised when you got assigned Arif?

JOHN: Arif was the reason we signed to Atlantic. We had gone out to LA and we met this guy name Earl McGrath who had a small, custom label – he was friends with, Ahmet Ertegun and it was called Clean Records. We auditioned for him and he liked us. And he said you should go back to New York and we’ll do the deal. We went back to New York and auditioned for Arif and after the audition they said, ‘you wanna be on Atlantic or Clean?’ And we were like, ‘Atlantic.’

GARY: That’s the place. Atlantic Stax, it’s all about that.

JOHN: We had to be there. And so, I mean, that’s how we started our career, and then you know, it doesn’t get much better. 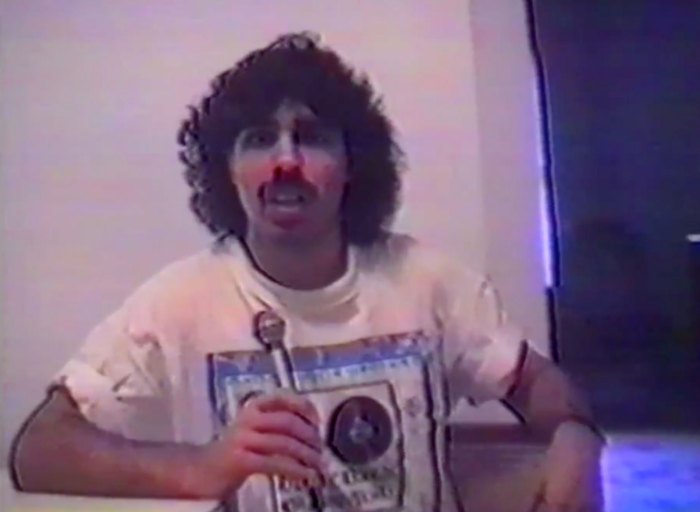 Gary in his Atlantic Records t-shirt

GARY: Alright, so, I’m gonna move up a couple of records because the record ‘X-Static – I always read that you guys were not happy with being assigned David Foster on that record. Is that true?

JOHN: David Foster actually produced the album prior to that [as well]. It was called ‘Along the Red Ledge’ and that was David Foster’s first album.

GARY: Is that the one that George Harrison played on?

JOHN: Yes, and we did it in LA, so we immediately respected David’s musicality, because it was incredible, and that was the transition into the 1980s for us. We took David back to New York because we wanted to record in New York and not LA, and we were doing the ‘X-Static’ album, and right in the middle of the album he said to us ‘Why am I here?’ He goes ‘you guys are making this album yourselves.’ And that was the key- that was when the light bulb went off and we said, okay, from now on, screw it, we’re just producing ourselves. And that’s when ‘Voices’ took off.

JOHN: Yeah, the “and”. I’m telling ya, I can’t say enough, you know, the anniversary of his passing is coming up-

GARY: I know, I still keep his [memorial] card right up here. He was such a good guy. 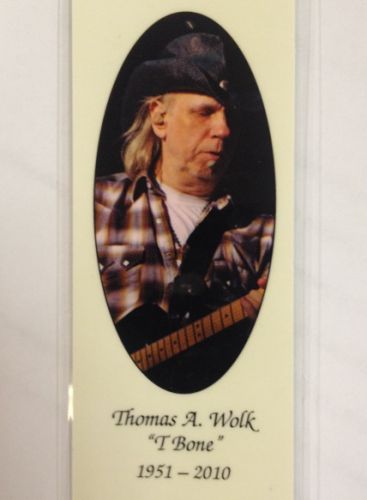 JOHN: He was, he was a genuine and an amazing human being and I WILL say this – I will go on record saying this, he was the best musician I’ve ever played with, hands down, and I’ve played with some of the greatest in the world. No one could even shine his shoes. Everything he did was right. He had this sense- he had an unbelievable encyclopedic knowledge of music on everything from folk, to blues, to R&B, to pop, to classical, you know, you name it. And the guy was – he was a very unique human being and I miss him every day.

GARY: Yeah, his connection to our show was: when I used to do Howard’s birthday shows, I would put together this all-star band and the first call I would make every year was T-Bone. T-Bone would go, ‘I’m in man, I’m in.’ T-Bone did it I think like 11 years in a row, the second call I would make was Max Weinberg [of the E Street Band] and those two guys were the basis of the band. G.E. Smith played one year, and Jimmy Vivino played one year, but it was always T-Bone, man, he was the backbone there.

JOHN: Yeah, can I tell you a quick story about him?

JOHN: ‘Cause I really can’t say enough about him. When I made my first solo album in Nashville, when I went down there, I was gonna use all Nashville players. And I had a Nashville engineer, a very famous engineer. And he asked me ‘who’s gonna play bass?’ I wanted somebody to have my back because I was walking into a new environment with all new players, and I thought to myself, you know, I gotta have some comfort here so I said I’m gonna bring T-Bone with me and that way I know that everything’s gonna be good. So I told the engineer that I was gonna bring my guy T-Bone, you know, to play the bass. And he goes, ‘aw man I don’t know, you know these guys are the top, these are the a-list guys, you know, he might not …’ I said, don’t worry, he’ll be fine. So we get there and we start recording, right? Next thing you know all these people are coming into the studio, these Nashville guys. And the engineer goes ‘now why are these guys here?’ And they said ‘we came to see T-Bone.’ And the engineer goes ‘holy shit!’ No one could believe it, and T-Bone of course was T-Bone, he basically commanded respect without saying a word. All he had to do was play. And people went, wow! I get chills when I think about it. 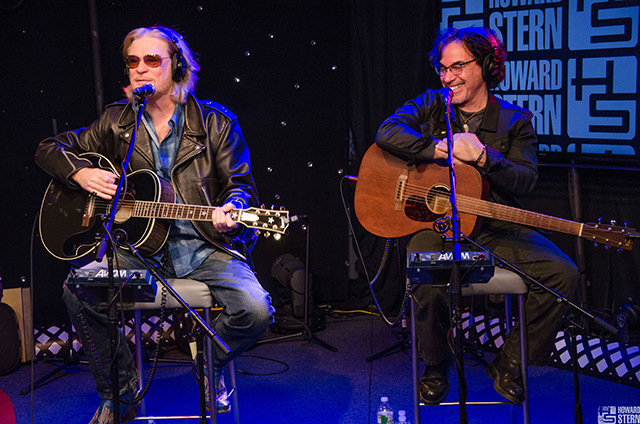 GARY: So, in the 80s, you ended up writing with the band Icehouse.

GARY: Which I love-

JOHN: Which was their biggest hit.

GARY: Now, how did that come to be?

JOHN: It was the weirdest thing, man. I was in the Mayflower Hotel at the bar and one night Iva Davies, who’s the lead guy in Icehouse happened to be sitting next to me having a drink. We started talking and, you know I knew Icehoue and he said ‘what’re you up to?’ This was in the late 80s when Daryl and I weren’t doing a lot and I said ‘I’m looking for some projects’ and he was like ‘wanna write? Wanna come to Australia and write?’ I said ‘sure, yeah.’ So I went down to Sydney and we spent a week together and it was the weirdest thing. I was on the beach – Australia has some topless beaches – I was sitting on the beach because he was a windsurfer, and I didn’t do that, so I was just kinda hanging out on the beach. So this unbelievably gorgeous chick starts walking towards me, and she’s topless. So I’m trying not to look at her tits, and I’m looking at her eyes and she had these incredible blue eyes, and that’s where I got the idea for the title. And we went back and wrote the song and it became a big hit.

GARY: Yes. Absolutely. You ended up with a song on the soundtrack to one of my guilty pleasure movies of the 80s – ‘About Last Night’. How did you end up with that song?

JOHN: Well this is an even crazier story. My high school girlfriend married Ed Zwick who was the director of that movie. And Ed needed some music. Ed was an unknown. Of course, now he’s won Oscars, and he’s done so many amazing movies, but this was one of his earlier movies. She said, ‘why don’t you call John Oates and see if he’ll do a song? And so I literally wrote that song for that movie.

GARY: So, what is one of your crazier stories about people mistaking you for me? ‘Cause did that happen or do people just –

GARY: It would be crazy for me, because I worked at this record store. The point where you and I really looked a lot alike was [during the era of the Hall & Oates album] ‘Voices’. If you look at the cover of Voices and me, we looked a lot alike. And I worked at this record store, and you had to wear a blue vest and have like a little name tag and I had that little gun and I would just punch the records. And I’d look at people in my peripheral vision and they’d go ‘are you the guy from Hall & Oates?’ And I go ‘yeah, yeah, that’s why I’m stickering these records for minimum wage, and I’m from Hall & Oates!’

So, I love all your songs – ‘She’s Gone’, for me, is just one of my favorite songs. You guys performed that here, today. You guys have so many hits, so, when you guys tour, you have to play a lot of songs. But, how many times would you say that you’ve played ‘She’s Gone’ in your life?

JOHN: From the time we wrote it, and it was recorded in 1973, we have played it every show we’ve ever done. And not only together with Daryl, but I’ve played it solo shows and he plays it too.

GARY: So how do you keep up the energy of it? Like, are you ever in the middle of ‘She’s Gone’, and thinking about getting a cup of coffee?

JOHN: No, no, no, never. I never phone it in. I don’t phone it on any songs, but on that song … there’s something about that song. It’s so complicated, and it’s so interesting, and it sounds as good today as the day we wrote it.

GARY: Do you have any recollection of meeting me at your tower records in-store signing in 1983 down at West 4th street?

GARY: ‘Cause I was there!

JOHN: Okay, yes absolutely. You made an indelible impression, I’ll never forget it.