And after the finger was severed, she had her buddy blowtorch the wound 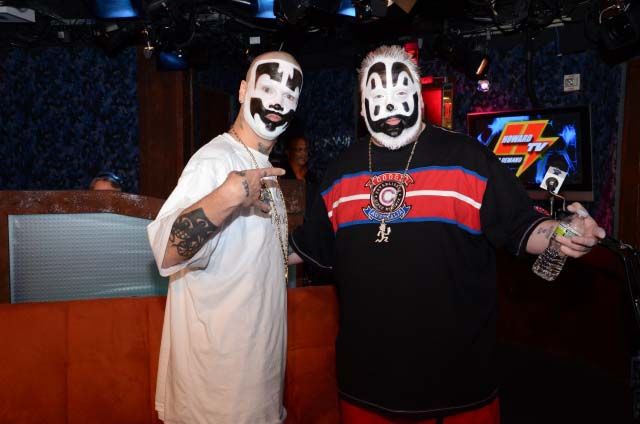 There’s no such thing as too hardcore for an Insane Clown Posse fan—27-year-old Shelby Neuens is proof of that.

During a memorial service for a fallen fellow “Juggalo” (as fans of ICP are known), police say Neuens offered to have her pinky finger severed as an act of remembrance. It took 24-year-old Jonathan Schrap two swipes with his machete to sever Shelby’s digit “clean off…all the way to the palm,” according to authorities.

Schrap allegedly then put the pinky in his freezer, explaining to police that he planned to, “cook it and eat it later.” In order to stop the bleeding of Neuens now fresh wound, the friends present at the service reportedly attempted to burn it shut, first using a car cigarette lighter and eventually a blowtorch. Police now say the blowtorch did more damaged to Neuens than the severing.

After going to her boyfriend’s house to show him what she’d done, Neuens later went to an emergency room where she maintained that she participated in the finger cutting voluntarily and that she was not on drugs or alcohol at the time. Neuens also allegedly allowed friends to drink her blood at the memorial service after a one-inch laceration was slashed on her right forearm.

Police have arrested Schrap, his childhood friend Nick Laabs who was also allegedly there, as well as a “horror-core” rapper who goes by the name “Blood Ruckus.”

In August, Stern Show correspondent Wolfie attended the annual Gathering of the Juggalos in Thornville, Ohio and interviewed several fans in attendance. To read some of the crazy things he encountered there, click here.

And click here to read more about the sliced pinky party.