The Aerosmith frontman returns for a candid sit-down with Howard

Preparing to release his first solo album later this month, Steven Tyler stopped by the Stern Show Monday morning to give Howard and his fans a taste of his next single, a country-influenced tune called “Red, White and You.” The Aerosmith frontman opened up about the record and more, delving into his love life, the part he played in reuniting Guns N’ Roses, and what it was like to jam with Led Zeppelin.

Check out some highlights from Howard’s interview with Steven below. 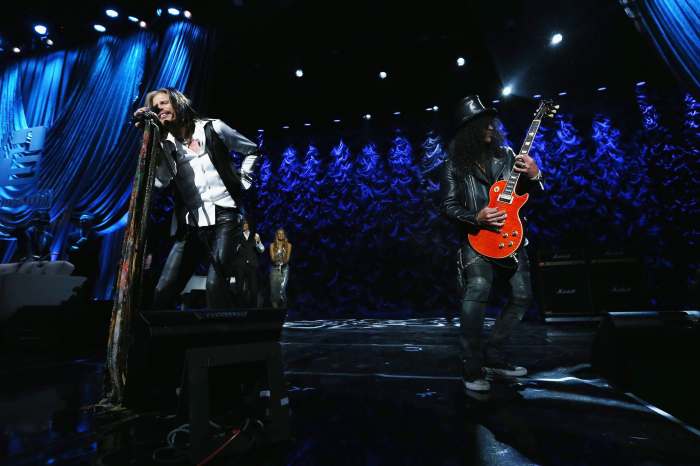 Guns N’ Roses is reuniting this spring and on Monday Steven revealed he might have played a small part in nudging the band toward making a comeback.

“I did meet Axl a few years ago and we had that talk,” Steven told Howard. “I said, ‘You need to get back together again soon because we all fucking miss you.’ Same thing that someone said to me [a few years back].”

Turns out that someone was New Jersey icon and Bon Jovi frontman Jon Bon Jovi. He gave Steven this same speech during a time when he and Joe Perry were fighting.

“He calls me up and goes, ‘What the fuck are you doing in rehab? Dude, the world needs you … everyone is asking for Aerosmith,” Steven told Howard. Moreover, at the time, Bon Jovi was just an up-and-comer sweeping floors at the Record Plant.

Steven continued: “So I said to Axl, you gotta get back. There’s a place in time where if you don’t, you’re gonna miss it.”

Luckily, it worked. You can catch Axl, Slash and Duff this year as the headlining act of The Coachella Valley Music and Arts Annual Festival in April.

Jamming With the Led Zeppelin

On the subject of bands the world wished got back together, Steven admitted he got a call from Jimmy Page’s manager a few years back and was asked, “Would you like to go over and rehearse with [Led Zeppelin]?”

He told Howard that his brief time in the recording studio with the remaining members of Led Zeppelin minus Robert Plant was amazing and that he would be more than happy to do something with them on the road.

This occurred during a time when Steven and Aerosmith were on the outs, but Steven didn’t let that stop them from touring. “As angry as I was at Aerosmith [at the time], I still said I’m in a band that’s as relevant as Led Zeppelin. You guys aren’t together, it’s shame, you should be,” he told Howard.

Steven went on to say how much he admires Robert Plant and all of the solo work he’s done over the past decade, yet as a fan still yearns for Plant to return. “Wouldn’t be great if he got together?” Steven concluded.

Aerosmith Reaction to ‘Red, White & You’ 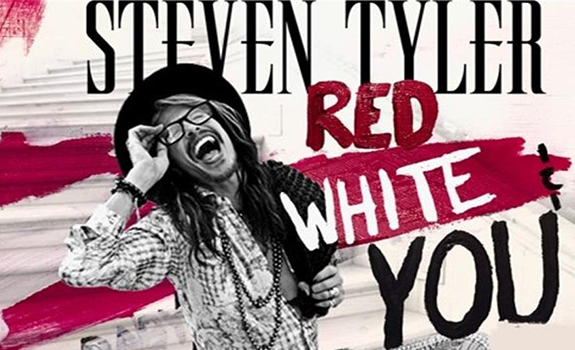 As Steven prepares to release his second single from his first solo album, he told Howard how his Aerosmith bandmates reacted. Listen (below).

Tyler also recounted his chance meeting at Woodstock that first reintroduced him to Aerosmith’s soon-to-be drummer, Joey Kramer, before the official formation of the band’s lineup.

While walking down a small path called “Groovy Way” that was lined with Christmas lights, Steven remembered noticing someone he hadn’t seen since high school. “I’m walking down this path and there’s Joey – he must have taken three tabs of LSD,” he recounted to Howard. The singer credited their encounter to pure serendipity. He found his drummer and Kramer found his lead singer.

Howard wondered whether seeing these acts like Jimi Hendrix and The Who at Woodstock perform onstage to legions of fans made Steven jealous in a way, that he was not yet the rock star he wanted to be at the time — but Tyler saw it differently.

“It wasn’t that literal … It was: ‘Those guys are so great, I want to be them,'” he explained. 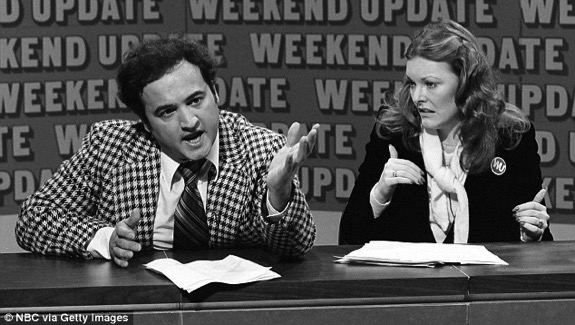 The Aerosmith frontman also shared some tales from the road hanging with comedy great and original “SNL” cast member John Belushi. Listen (below).

In his new song, “Red, White, and You,” Steven gives a shoutout to “Tom Petty on the radio,” and he explained to Howard that he loves listening to Tom Petty’s Buried Treasure on SiriusXM.

But there’s a problem. Every time he tries to call in and talk to Tom, the “Don’t Do Me Like That” singer doesn’t answer. “I want to go do his show!” Steven exclaimed.