PHOTOS: North Koreans Can Choose From These 30 Haircuts 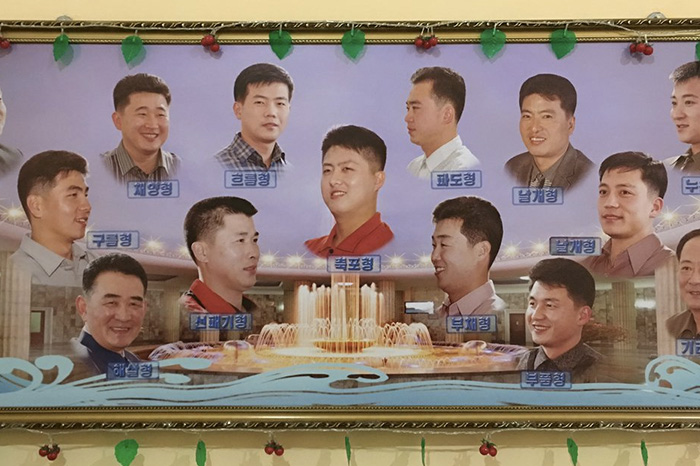 News of missile tests and naval deployments might have you believing things in North Korea are a little bit hairy, but that might not be the half of it.

Mika Mäkeläinen, a Finnish reporter embedded in Pyongyang, tweeted out images over the weekend showing the 30 approved haircut styles North Korean citizens have to choose from—15 for men (pictured above) and 15 for women (below). He said there’s no penalty against choosing a different style, however: “[It’s] more like a guide than a rule.”

North Korean men can choose between 15 approved haircut styles. I had the most popular one – and it’s not like Kim Jong Un. #ylemaailmalla pic.twitter.com/BvDCrgqg7R

Equality in North Korea: Both sexes have 15 approved haircut models. You can forget about dyeing your hair though. #ylemaailmalla #pyongyang pic.twitter.com/U9CoYwLgt0

Those with keen eyes for hair might notice the style of the country’s supreme leader Kim Jong-un is not actually featured in any of the guides. It’s unclear whether customers are allowed to go off the menu and order that one. When Howard and Robin discussed the story on Tuesday during Robin’s News, Howard wondered how Stern Show staffer JD Harmeyer might look if he were to go to the barber and get himself a Kim Jong-un haircut.

“I think that would be perfect for JD,” Robin said.

JD was less enthusiastic. “I did have sort of that hairstyle for a while,” he told them. “Kind of, not exactly.”