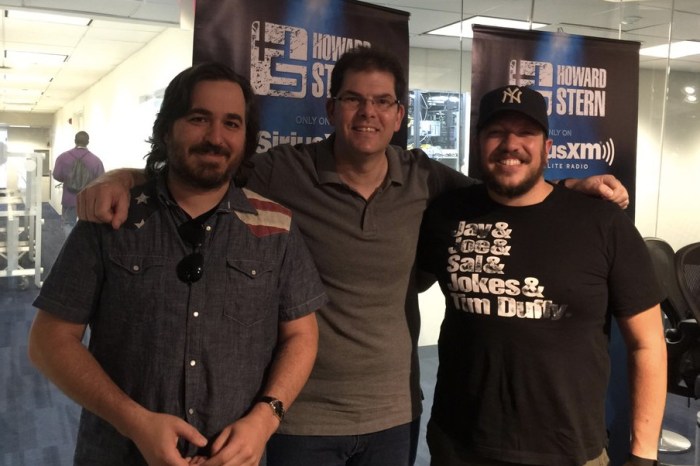 The four stars of “Impractical Jokers” are headed to SiriusXM.

Joe Gatto, James “Murr” Murray, Brian “Q” Quinn, and Sal Vulcano—also known as the comedy troupe The Tenderloins—are launching their own limited-run series in August, according to Variety’s Joe Otterson.

Airing on channel 94, the upcoming Tenderloins Radio Show will feature the four longtime friends pranking each other, making jokes, taking fan calls, and even acting in a segment they call “Tenderloins Theater.”

The guys can also still be seen on TruTV’s “The Impractical Jokers,” which debuted in 2011 and was renewed recently for a seventh season. In addition to being successful comedians and pranksters, the Staten Island-raised foursome are also proud Stern Show superfans: Flat Ronnie has been spotted frequently on “The Impractical Jokers” (below) and the guys have sat in on the Wrap Up Show multiple times. Check out a 2016 photo of Brian Quinn, Wrap Up Show co-host Jon Hein, and Sal Vulcano (above).