“When you sat and talked to Jay, he could get you fucking laughing,” Howard said of his colleague 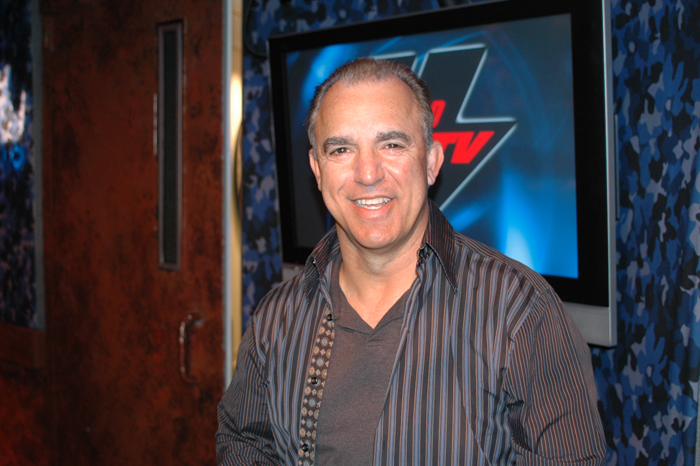 On Monday’s Stern Show, Howard took time to talk about the passing of Jay Thomas who died in August at age 69 after battling cancer. Part of Jay’s long career in entertainment included hosting his own radio show on Howard’s satellite channels. But it was on terrestrial radio that Howard first heard Jay and discovered just how talented of a broadcaster he was.

“Jay was a big inspiration to me,” Howard said. He told Robin he became a fan of Jay’s show on WXLO in the ‘70s. “I was drawn to it … Jay was particularly great at doing radio. He was just fucking funny. He was naturally funny,” Howard explained.

But it wasn’t long before Jay made his on-air announcement that he was leaving radio for a job in television, playing Remo DaVinci on the popular sitcom “Mork & Mindy.” To hear a disc jockey was being given such an incredible opportunity encouraged Howard.

“It meant somebody with talent was actually going to be recognized,” Howard said of Jay’s move to TV.

Jay went on to play other memorable roles on primetime shows including Eddie LeBec on “Cheers” and Jerry Gold on “Murphy Brown,” for which he won two Outstanding Guest Actor Emmy Awards.

Since both he and Jay were represented by talent agent Don Buchwald for many, many years, Howard recalled running in to Jay throughout the years and witnessing firsthand how funny he could be in almost any given situation.

“When you sat and talked to Jay, he could get you fucking laughing,” Howard recalled. “One of the wittiest, funniest guys.”

Jay was also a known athlete, exhibiting his ability with a football not only as his high school team’s star quarterback but also as a guest on “The Late Show with David Letterman.” For years he made an annual holiday visit to the late-night show and knocked a meatball off the top of a Christmas tree with a laser-sharp toss of the pigskin. He would also tell Dave his famed Lone Ranger story, one of the host’s personal favorites. Check out one of the first times Jay recited the tale on “Late Show” in the video (below).

Before Jay passed away, Howard told Robin he was fortunate enough to talk to him on the phone, a conversation that was no doubt emotional.

“I told him how much he meant to me and I said, ‘Jay, you know, honest to God, what you did in radio was so great and it inspired me,’” Howard said. “We were talking and laughing about a whole bunch of radio stuff … He was funny. He was something else.”

Stern Show staffers Shuli Egar and Brent Hatley also worked on Jay’s SiriusXM show and told Howard they too got to talk to Thomas before he died.

“We had three or four conversations before he passed away and they were unbelievable. I mean, they were tough, they were brutal, but I was so glad to talk to him,” Shuli shared.

Jay Thomas, a true talent and friend of the Stern Show, will be forever missed.