The King of All Media “continues to be an inspiration to me,” writes the late-night host and Stern Show celebrity superfan 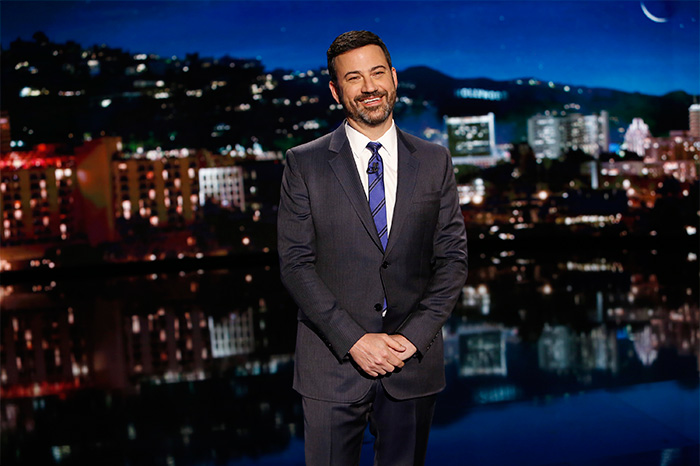 Jimmy Kimmel recently penned a column for the Hollywood Reporter explaining why Howard Stern is New York’s most powerful man. The late-night host and Stern Show celebrity superfan’s contribution was part of the trade publication’s annual examination of the Big Apple’s biggest names in media.

“The scope of the show is staggering,” Jimmy wrote. “An hour in-studio with Paul McCartney might be (and was) followed by an hourlong phone call with ‘Jeff the Drunk’—a dead-armed alcoholic calling from a trailer in upstate New York.”

Jimmy went on to praise both Howard and the Stern Show for decades of ubiquity, unparalleled celebrity interviews, and a steadfast refusal to compromise. He also pointed out that there aren’t too many other institutions in the world capable of inspiring full-grown men to yell “Baba Booey!” at professional golf tournaments.

“After a visit to The Howard Stern Show, the feedback I get is immediate and intense,” Jimmy continued. “Seemingly normal men and women reveal themselves to be otherwise by shouting, ‘Great job on Howard!’ and ‘I love you on Stern!’ No compliment tickles me more.”

Check out Kimmel’s column in full here. Check out his most recent visit to the Stern Show here.