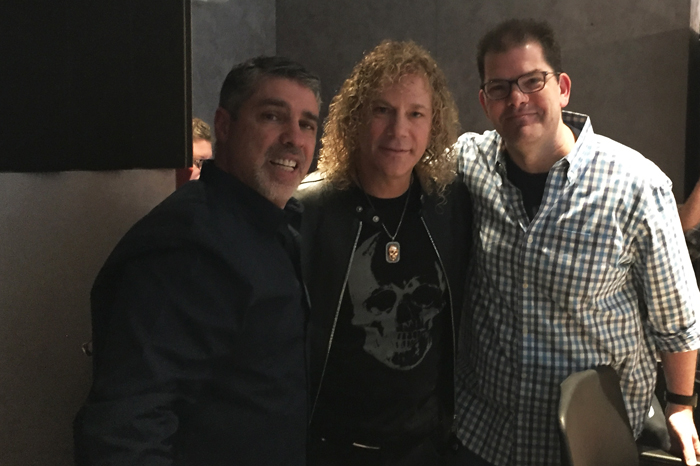 The Wrap Up Show was broadcasting live from Cleveland on Friday, smack dab in the center of the Rock and Roll Hall of Fame ahead of Saturday’s long-awaited induction ceremony.

“We are in the middle of a Rolling Stone exhibit,” Jon Hein excitedly announced on the air. He and co-host Gary Dell’Abate made the trip out to the Midwest along with Howard himself who is set to induct Bon Jovi into the Rock Hall. Bon Jovi keyboardist and longtime Stern Show guest David Bryan dropped by to talk to the guys about what he’s looking forward to hearing Howard say during his speech Saturday evening.

“I think Howard’s gonna be a crack-up and he’s gonna be really funny,” David said.

David recalled some of Bon Jovi’s first times hanging with Howard at New Jersey’s Club Bene back when the Stern Show was still at WNBC. “We just put out our record and we were so big and huge that we went straight to AM radio to promote it,” David joked. Before the band had hit it big, Howard was one of the few D.J.s willing to have Bon Jovi on his show. “He was a fan and he was like, ‘Hey, come on our show.’ We’re like, ‘Great!’”

Gary recalled a few Stern Show appearances later after Bon Jovi’s album “Slippery When Wet” had shot up to No. 1. David entered the studio that day with a state-of-the-art video camera to capture their new lifestyle as bona fide rock stars. 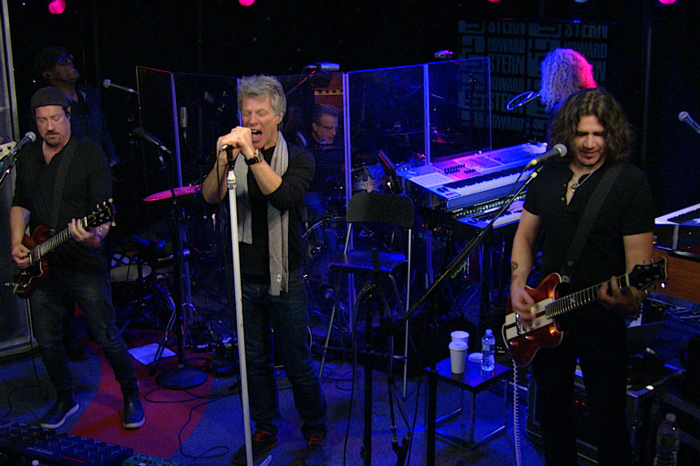 Joining David on the Rock Hall stage Saturday night will be past Bon Jovi members Richie Sambora and Alec Such, marking the first time the original bandmates have all played together since 1994. “It’s gonna be fun. I haven’t seen those guys in a long time,” David said of playing with Sambora and Such again. “Usually, I don’t look back. You look forward all the time and this is the one time where you actually look back and it’s been a pretty amazing journey for a bunch of kids from Jersey.”

Fellow 2018 inductee and guitarist for the Cars Elliot Easton stopped by as well and talked about how his band has been preparing for Saturday’s ceremony.

“We hadn’t played together in a few years. We’ve been rehearsing and playing and having a great time,” Elliot said.

The Cars formed in and around Boston in the 1970s and Easton explained how it didn’t take long before the band discovered a bit of success. “Miraculously, for us, it wasn’t tough,” Easton told Gary and Jon. “We were in England making our first album with Roy Thomas Baker just about exactly a year after we started.” 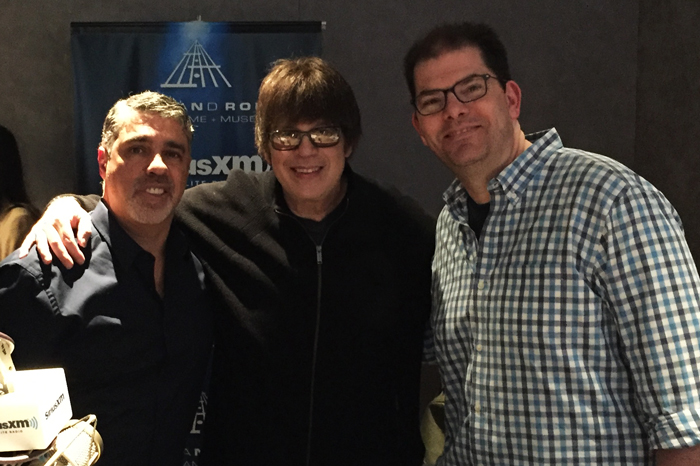 Gary Dell’Abate and Jon Hein with Elliot Easton from the Cars Photo: The Howard Stern Show

Elliot said after 12 months of playing gigs across the U.S., legendary music producer Roy Thomas Baker happened to come to one of their shows and expressed his interest in working with the Cars on what would become their self-titled debut album. “We made that record in 12 days … and then it came out and it was a hit.”

Up to that point, Easton assumed the moment he made his first record his entire life would get better. And though that album was the start of a long string of success for the Cars, Easton explained a hit record doesn’t make all of your problems disappear.

“What I found, in some ways, was that it was slightly anti-climactic,” Easton said. “It didn’t fix everything. I still had good days and bad days.”

Days, months, and years later, the Cars now have many more hit albums besides their first and are just hours away from having their legacy honored by the Rock and Roll Hall of Fame.

“From starting out as like a real little kid playing guitar to end up here today, it’s pretty goddam exciting,” Easton said.