Charlize Theron has played several hardcore heroines over the years in films like “Atomic Blond,” “Mad Max: Fury Road,” and “Æon Flux,” but in Netflix’s upcoming action-thriller “The Old Guard” she embraces one of her most ferocious roles yet.

The Oscar-winning Stern Show veteran stars as an immortal warrior leading a covert pack of centuries-old mercenaries, each of whom seemingly cannot be killed. But after coming up against a new enemy hellbent on exposing their secret and weaponizing their immortality, the super soldiers—including a new recruit played by Kiki Layne—find themselves in grave danger.

“Throughout history, we’ve protected this world fighting in the shadows. But it’s nearly impossible to disappear in the world we live in today,” Charlize’s character explains (above). “They’re going to lock us up and weaponize us, but they’ve never faced an army like ours,” she later adds.

Directed by Gina Prince-Bythewood (“Beyond the Lights”), “The Old Guard” is adapted from Greg Rucka’s graphic novel of the same name. The film co-stars Chiwetel Ejiofor, Marwan Kenzari, Luca Marinelli, and Matthias Schoenaerts in addition to Theron, who also produces.

Charlize last visited the Stern Show in 2019 alongside her “Long Shot” co-star Seth Rogen and opened up to Howard about both the acting and producing sides of her career. She clued listeners in on what it was like to portray Megyn Kelly in the critically acclaimed film “Bombshell” and shared the latest on “Mindhunter,” the hit Netflix series she produces. Look back at her and Seth’s sit down with Howard (below). 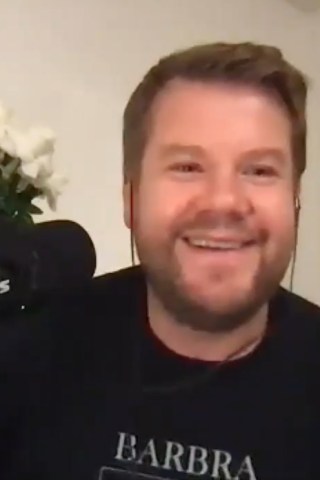