Drew Barrymore on Growing Up Hollywood Royalty, Her New Daytime Talk Show, and Looking for Love at 46

The world took a renewed interest in the complicated lives of child stars after the release of “Framing Britney Spears,” a recent New York Times documentary examining the life of one of music’s most successful and most persecuted pop stars. Actress and producer turned talk show host Drew Barrymore hasn’t yet seen the film, but she’s all too familiar with the subject matter. Descendant from genuine Hollywood royalty and cast in Steven Spielberg’s “E.T. the Extra-Terrestrial” at the age of 6, she could write a book about the perks and pitfalls of growing up in the limelight. In fact, she already did. Her turbulent childhood involved everything from treatment facilities to a public emancipation battle, so her heart went out to Britney as well as similarly embattled heiress Paris Hilton and any other child celebrities forced to endure media scrutiny.

“I have so much empathy toward so many people,” Drew told Howard on Monday during her Stern Show return. “I’m sure that people look on and think, ‘These party girls, these privileges, how dare they have feelings about any of this? They’ve put themselves out there, they’ve asked for this — it’s fair fucking game,’ and I just go, ‘They’re humans. They’re just humans,’ and I have a lot of empathy.”

“It’s hard to grow up in front of people. It’s just hard,” she added.

At 13, Drew’s mother put her in a psychiatric ward so strict most 30-day rehab centers looked like spa vacations by comparison. “I was in a place for a year and a half called Van Nuys Psychiatric and you couldn’t mess around in there. If you did, you’d get thrown either in the padded room or get put in stretcher restraints and tied up,” she said.

Howard wondered what his guest could’ve possibly done at that age to end up in the padded room.

“I would channel my inner-riot girl. Some days it was really funny,” Drew said, explaining she emulated celebrated punk rocker Wendy O. Williams of the Plasmatics. “It was like half a kids facility and half an old person’s place, so as I was riling up these young girls a woman in a walker would go by. It was hilarious.”

She told Howard she was in the facility for six to eight months before her anger subsided, but after that the treatment started to work. “It was the best thing to happen to me, in a sick way, because it cooled me out,” she said.

In the decades since, Drew’s acting and producing career has thrived, she’s landed her own talk show, she’s become the proud mom of two daughters, and she’s been able to reexamine her relationship with her own mother, Jaid Barrymore.

“I think she created a monster and she didn’t know what to do with the monster,” Drew said of why she believed her mother had her institutionalized in the first place. “This was her last gasp, and I really was out of control, and I forgive her for making this choice. She probably felt she had nowhere to turn.”

“Are you talking to her now?” Howard asked.

“Yeah, we texted this morning. I’m really glad there is healing there,” she told Howard, saying her own experiences as a mother helped her understand what her mom went through trying to raise her. “I feel goodness toward my mom. I feel empathy and understanding,” she added.

“Would you let her around your kids?” Howard asked.

“She’s met my kids,” Drew said. “But there’s real boundaries and distance and a lot of respect.”

The entertainer didn’t shy away from opening up about her past on Monday nor has she shied away from discussing it on “The Drew Barrymore Show.” The syndicated daytime talk show features a blend of human-interest stories, lifestyle segments, and celebrity guests like Cameron Diaz, Adam Sandler, Jessica Alba, and Lucy Liu. Gearing up for Monday morning’s show, Drew even connected with Howard from the talk show’s New York set, surrounded by her crew, on what happened to be her 46th birthday.

Howard felt daytime TV was a notoriously cut-throat industry and he wondered how a friendly person like Drew hoped to cope with that. While she did her best to be nice to her competitors, she reassured Howard and her own crew listening on that she’d always do everything she could to ensure the show remained successful. “It’s a dog-eat-dog world and I want us to have a job. The definition of success is employment and I know how important this is and I’m going to fight with every fiber of my being so we can go to work every day,” she said, adding. “This is the best job I could ever have.”

Howard particularly enjoyed Drew’s 2020 interview with her ex-husband, actor and comedian Tom Green. He found their heartfelt conversation fascinating, but he still didn’t understand precisely why the marriage fizzled out.

“We just were young and kind of idiots,” Drew told him, explaining she was 26 at the time. “I didn’t know how to manage myself. I’ve always said I was a woman in the boardroom and a child in the bedroom,” she continued. “I could go into a studio and pitch … but I didn’t know how to handle things in my personal life.”

The interview was one of Tom and Drew’s first conversations since their 2002 divorce. “I think Tom needed some time … I think his coping mechanism was to build a little bit of a wall, and I respected that,” she said, explaining she had got back in touch with him with a video message about her new show. “I just thought this felt like the right time to say hello and check-in.”

A decade after divorcing Tom, Drew wed Will Kopelman, the eventual father of her children Olive and Frankie. Their marriage ended in 2016. She told Howard she hasn’t seriously dated anyone since separating from Will, but not for lack of trying. Though it took several years for her to grow comfortable with the idea of a romantic “rebirth,” she’s now swiping left and right on a dating app like millions of other singles.

Finding love hasn’t been easy, though. One man stood the “Never Been Kissed” star up for a date while the profiles of several others proved far too reticent for her liking. “Respect women by telling the truth about who you are,” she told listeners with a laugh. “I don’t know why men play so coy.”

Like with everything else in her life, even the missteps provided an opportunity for growth. “I do now know what I am looking for,” she said. “What I’m not looking for is equally as important. So, [dating] is fun. I’m glad I’m able to have some fun again.”

“What’s the top thing you’re not looking for?” Howard asked.

“[Someone] trying to change me,” she said, adding she’d also like to find a partner who’s confident, funny, and gainfully employed.

Regardless of whether Drew finds romance anytime soon, she’s optimistic about what the future will hold. “I think I’m at the best place I’ve ever been and it took me a long time to get here. Life is messy, man, and I’m finally, like, really proud of who I am,” she told Howard. “That feels good.” 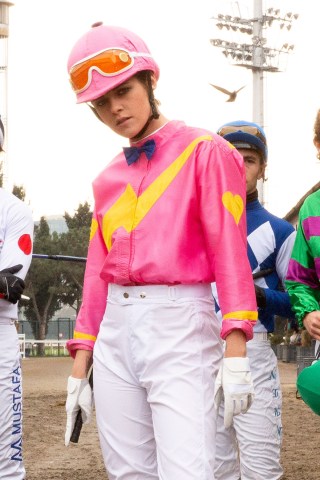 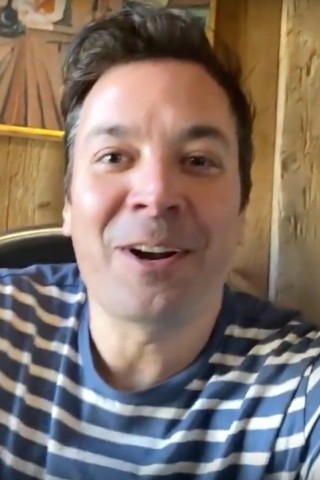 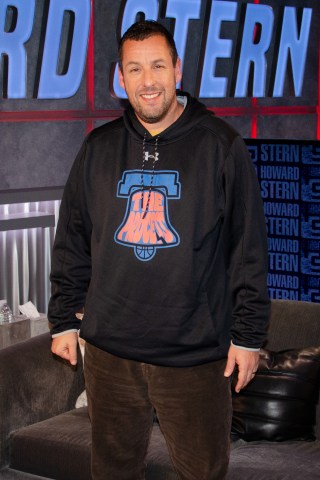 Adam Sandler Talks Oscar Hopes for ‘Uncut Gems’
You Give us your email Address we'll give you even more howard!