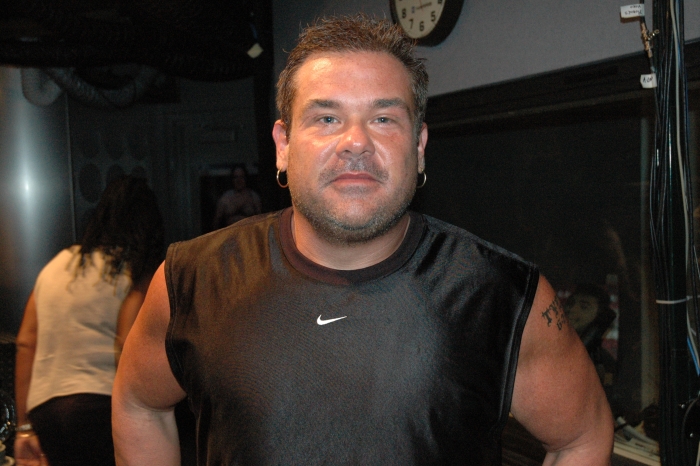 Recent Stern Show appearances from an impressionist of veteran radio host Bubba the Love Sponge inspired a special call-in guest Tuesday morning—the actual Bubba the Love Sponge. “I loved it,” he told Howard of the impression, before jokingly offering up his own services. “If you could send me some tchotchkes and a $20 bill you can just get the real Bubba on.”

Bubba, who was simultaneously broadcasting from his own show, addressed working for the DoorDash delivery service over the summer and whether it was due to financial stresses or a bit for the air. “Just like my entire radio shtick, I think there’s a little bit of truth in both,” he admitted “I did [it] during the summer just during high-impact COVID … you could get like $9 an hour extra for a $23 delivery … I was going to try and incorporate my radio show saying that hey, if you order between 5 and 7 on this particular day, I might be the guy that delivers it off to you.”

“I would have ordered something if I had known I could get Bubba the Love Sponge delivering,” co-host Robin Quivers teased.

Despite his fame, especially in his part of Florida, Bubba was never recognized while on the job. “I had a mask on … I was pulling up in an ’06 ex-cop car Crown Vic so no, I didn’t get recognized for nothing,” he explained. “I’m just a short, portly guy – there’s a million of me in Tampa.”

The radio vet, who recently sent commemorative rings to Howard and Ronnie Mund, has also overcome some health issues, having had COVID-19 twice. “It’s for real and it took me down,” he noted after describing his recent weight loss and other physical changes. “I kind of look like George Clooney’s fat younger brother … my hair’s naturally gray – I’m not dying it anymore. I’ve got a little goatee. I’m looking hot as hell. Robin would want me more than ever.”

In the face of his struggles, Bubba remains optimistic. “I’m a survivor,” he said plainly. “I could be out selling Fords next week but we’re still making a go at it at Twitch and YouTube and the digital deal … I’m still paying my bills. I’m still making payroll … we’re doing okay.”