“You know what to do,” the late Wack Packer memorably said in a voicemail left to his manager 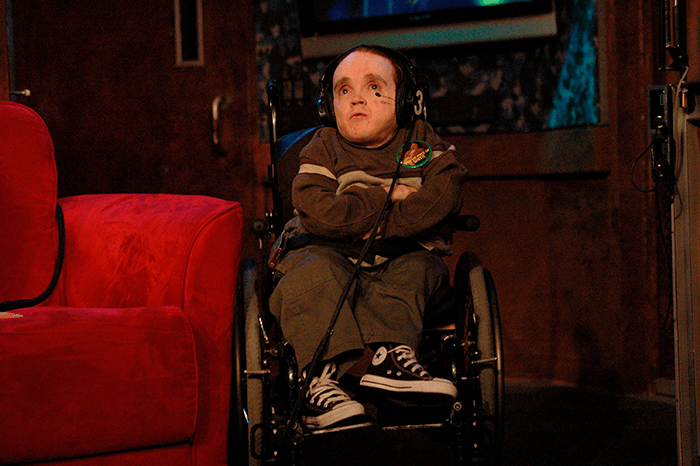 While the debate over the Greatest Wack Packer of All Time may never truly be settled, most every Stern Show staffer and listener agrees Eric the Actor was among the best to ever call into the show. On Wednesday morning, Howard and co-host Robin Quivers looked back at just a few of the late Wack Packer’s contributions, including one of his most infamous moments ever which happened 15 years ago this month.

“What a body of work,” Robin said of Eric’s calls into the show. “This guy really put in his time.”

“Not only a body of work he left behind, but a very small body. He was under four-feet-tall and in a wheelchair, but his disabilities never stopped him from voicing his opinions and living a full life,” Howard said before playing a montage of some of the many angry voicemails he left the show over the years.

The two then turned their attention to a particularly inspired 2007 voicemail Eric left for his longtime talent manager Johnny Fratto, in which the Wack Packer seemingly attempted to commission a “hit” on the life of a Stern Show listener who claimed to know Eric back in high school.

Howard then played a clip of the Wack Packer’s follow-up call into the Show, in which Eric insisted he wasn’t actually trying to have a listener murdered—he merely wanted Fratto to use his alleged connections to the mob to “find somebody to teach him a lesson.”

Legal analyst Danny Cevallos weighed in in a subsequent clip, suggesting that “by asking someone to commit a crime like assault or murder that [Eric] himself was committing a crime.”

In the years since that memorable voicemail, Eric the Actor and Fratto have sadly both passed away. “We celebrate the 15th anniversary of a great Eric moment. We will never let his memory die,” Howard told listeners before finishing the segment by replaying the Eric the Actor-themed “Tiny Dancer” cover Jewel covered in tribute to the late Wack Packer.